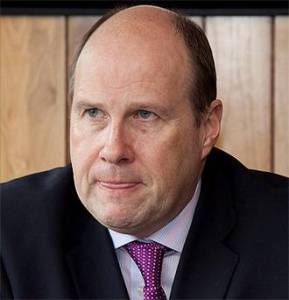 Writing in the first edition of the Independent newspaper for 2015, Ivan Yates clearly spelled out that he believes Ireland needs “real developers” to sort out the housing crisis and that it is naïve of the Government and others to believe that the problem will be sorted by the short-term thinking of vulture capitalists. He adds that if you are depending on the international vulture capitalists who invested €35bn in 2014 in Irish property to provide finance for new construction activity, you’re sadly mistaken as “these ‘bottom feeders’ aren’t interested in long-term Irish development or its society; they’re after a fast buck and a quick exit”.

“In Ireland, once we’ve articulated a problem, declared it a crisis, called a summit and announced the government package, we think it is resolved. It’s implementation where we repeatedly fall down.”

“Governments are great at big pronouncements: 110,000 homes will be in place by 2020; Nama will build 22,000 homes over the next five years; Nama will convert the Docklands into Canary Wharf. The reality is less exciting. In 2013, beyond Dublin City Council, how many new houses were completed on average by each council? Three!”

“Costs of building a new house are greater than existing ones, even if the site is for free. It’s a no-brainer therefore that there will be zero construction requirements in these areas, as no profit margins are attainable.”

Yates makes some valid points in the Independent article but he is proposing the ‘spec-build’ business model that has failed spectacularly in the past without addressing the core problems. A developer’s business is about driving building costs (and quality) as low as possible and controlling supply to sell into the market as high as possible.  Neither problem has been fixed…………yet.

You can read the full article here: (Link:)