The Royal Institute of the Architects of Ireland (RIAI) has published a link on its website to the December 2014-January 2015 edition of Village Magazine containing a scathing critique of the organisation, one of the main stakeholder groups involved in negotiations on SI.9. In a no-hold barred two-page spread, the Village Editor Michael Smith, depicts a professional organisation in crisis with a series of allegations being made in relation to the CEO, President and members of Council of the RIAI.

These allegations include concerns regarding:

The above allegations are refuted by the RIAI President, Robin Mandal in the article. The matters raised by the onerous imposition of SI.9 would appear “to be a side issue in the debate over propriety” at the RIAI. However the above items raise a legitimate concern for the professionals being represented by this body and whether those tasked with renegotiating SI.9 have their eye on the ball when there appear to be so many other fires to be put out. The RIAI President, writing in its official journal last month, said that he looked “forward with relish to 2015, the year of change” without actually identifying what specific changes he envisaged. It would appear, if the allegations in Village Magazine are correct, that a top-down change is urgently required at the RIAI.

The 2000-word article referred to above is available online on the RIAI website in the “RIAI in the News section”- Link: here. (Jpeg is attached below).

Village Magazine is also available from most newsagents (€3.95). 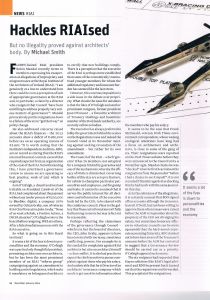 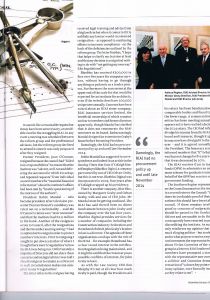 Should the Architectural Technology Profession stay within the RIAI?

1 thought on “What’s happening with the RIAI? | Village Magazine”