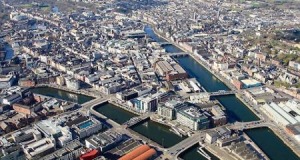 In Tuesday’s Irish Examiner Rory Hearne suggests the housing market should serve the interests of all not just the few (Link to article). He also writes:

“We need a national debate about who really benefits from the current housing and property market based around home ownership, and spiraling house prices and rents.

The big beneficiaries remain the banks, developers, estate agents, solicitors, landlords, and increasingly, international capital and vulture fund investors who are buying up huge swathes of Irish residential property (often from and with Nama).

They all have a vested interest in a rising property market.“

There has been widespread concern and criticism of some of the same vested interests being involved in the negotiations for the new building regulations, SI.9, introduced in March 2014. Seen as a paper exercise and ‘a political solution’, SI.9 creates a complicated ‘red-tape’ exercise in hands-off private regulation which is resulting in massive costs to consumer and industry. SI.9 was introduced by the former Minister for the Environment, Phil Hogan,  with little public or professional back-ups being in place, and no consumer input.

Following on from a public consultation in 2012 only a small circle of key stakeholders were invited to participate in the formation of SI.9.

The organisations invited to participate were representative bodies for architects, engineers and chartered surveyors (RIAI, ACEI and SCSI respectively) along with the Construction Industry Federation (CIF). Most of these bodies now have statutory roles and operate self-policing registers. The CIF register, CIRI, is due to be put on a statutory footing in March 2015.

Critically no consumer groups were involved.

Many consumers share this view and many perceive that the government has conveyed vested interest groups with a monopoly on various statutory roles within the construction process. This is most visible in the self-build sector, where owner/ builders legally are unable to build their own houses without the involvement of a contractor, preferably a Construction Industry Federation/CIRI registered one. This has resulted in significant cost increases, particularly for housing (see links below). The industry has observed a significant fall-off in new self-built homes being undertaken this year.

With Local Authorities already chronically under-resourced, with no additional training or staff allocated to operating the new system, problems such as rogue or cowboy builder/ developers and serious materials issues such as pyrite are set to remain with us for some time.

All these representative bodies are now set for a windfall in income as a result. In order to operate as a registered professional under the new SI9 one must be on a register, and a hefty registration fee must be paid annually to these representative/policing organisations. With 60,000 operatives involved in various roles in the construction sector annual registration fees represent a bonanza for these key stakeholder bodies.

A significant reason for all these organisations to be supportive of SI.9, even though most agree that the regulations bring little or no additional consumer protections to owners.

1 thought on “Lobbying in the Construction Industry – Part 1”