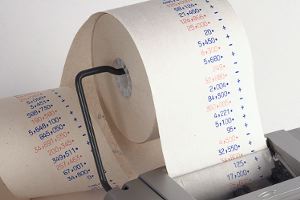 Most professionals involved in Public Sector projects feel that the additional red tape of SI.9 that mirrors duties and documentation that were already required is unnecessary and a waste of public finances. Most contributors to this Blog have confirmed that applying the same methodology for the speculative residential sector (where full-service appointments are not the norm) to public sector procurement makes no sense.

Early in 2014 the RIAI met the Department of Education to progress the basis for additional fees for architects undertaking the roles of Assigned and Design Certifier on school projects (based on additional time required under BC(A)R SI.9). See previous post “Time needed for School Certifier“). Not only architects but other design team members, structural and services engineers, are also seeking an uplift in fees for less onerous ancillary certification roles. From industry sources we table approximate increased fees for school projects from engineers and summarise as follows:

On a €3m value school project this translates into approximately €25,000 additional fees for EACH Ancillary Certifier (structural and services) while the more onerous role of Assigned Certifier /Design Certifier can expect a fee in the region of €35,000. We have heard of total consultants’ fees up to €100,000 on larger school projects for additional SI.9 duties. These fee levels may vary from project to project, and fees may be a larger percentage for smaller projects. Additional costs associated with SI.9 may be twice this figure when contractors and specification issues are factored in.

The following is a typical scope of services as noted by an engineer for duties associated with the Ancillary Certifier role. Interestingly we have not seen an architect’s scope of service or fee for the same role where the architect is only prepared to act as an Ancillary Certifier. Under SI.9 the statutory duties of Design Certifier may be undertaken by any designer on the project and the Assigned Certifier role by any competent registered professional.

The decision to adopt Statutory roles or not and any negotiation on fees and services is a matter for individuals as there is no collective bargaining.

*fee percentages normally increase for smaller projects. These consultants fees exclude additional costs for insurance, certification, professional indemnity exposure caused by the significantly greater risk as to liability, currently untested. We believe the additional costs for the work associated with contractor, sub-contractor and supplier costs, specification and inspection oversight will at between 3- 5% onto these costs. Total additional cost for SI.9 for school projects av. +7%.