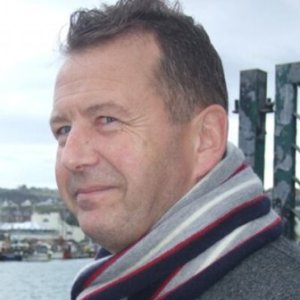 The year ahead for Architectural Technology in Ireland 2015  | Malachy Mathews

The Royal Institute of the Architects of Ireland (RIAI) has been exposed. The head nodding, platitudes and RIAI Presidents saying all the right things during their term of office has been uncovered as being worthless. ATs cannot ever expect parity until the RIAI members themselves vote to change their Articles of Association to allow ATs join as full, voting and recognised professional members. Remember it is not equality we were looking for, (because we are different) it is equity (parity of esteem). Until this happens, all other efforts within this organisation are futile.

SI.9 also exposed the limitations of having a second professional AT representative body outside of the jurisdiction. CIAT arrived late to the debacle. The stable door was already closed, whether they knew it or not. Since then, its spin and style of political negotiation have not been well received by those who will be influential in making the decision on the future of Architectural Technology in Ireland. Those who will be influential in making that decision are the officials within the Department of the Environment and the sitting Minister. To be honest and straight to the point these people will want to know one thing and one thing only. Are Architectural Technologists competent, and all that this word encapsulates?

Engineers, Architects and Surveyors prove this through their education standard and their commitment to and representation from their professional body. The most important piece of work to be done this coming year is the creation of the QQI (formerly FETAC) benchmark standard for Architectural Technology. This will set out the required education standards and connect these to a “profession”. An initial meeting has already taken place in which representatives of the QQI, the RIAI, CIAT and most importantly, a senior official from the Dept. of the Environment. This is, to my knowledge, the first time a Department official has had contact directly with an RIAI Architectural Technologist. The RIAI CEO also attended this meeting and a legitimate question can be asked, was he there to represent ATs, (there is no evidence of this happening before) or was he there to protect the interests of architects? (there is plenty of evidence of this).

It has to be acknowledged that the education standards for ATs are very varied. The points required to do one of the five Institute of Technology Architectural Technology courses range from less than 200 to 320 and range from level 7 (three year) to level 8 (four year) with no perceived differentiation. They all qualify as an Architectural Technologist. This is the first area that has to be resolved and perhaps the benchmark statement will set out a standard and role for an architectural technician level 7 and an architectural technologist level 8 & 9. Both of these have a role in the business. This benchmark statement is hugely important and if it is to be representative it must have an involvement from the education providers, the graduate community and industry.

It must be remembered that the CIAT represents approximately 220 ATs in Ireland, the RIAI “supports” approximately 200 members. I would suggest that this is less than 20% of the total population of ATs working in Ireland. QQI must get a full scope of the education and industry view to provide a fair and balanced document that will not just reflect the past but provide for the future of Architectural Technology in Ireland.

And all of this is happening against a background of a seismic change in the design and construction industry with new skills, process and methodologies in this age of digital transformation. Of all of the disciplines in the design and construction industry the Architectural Technologist is the one who is in the pole position to embrace this change. As the industry seeks out people to engage in this digital revolution it is becoming increasingly obvious that the skillset of the Architectural Technologist is in demand not just in the architectural domain but also now in the other domains of engineering, measurement and construction. The QQI document needs to reflect this too.

The above post was first posted by Malachy Matthews on Linkedin on 1st January 2015. This Linkedin group is now 4 years old and it has 968 members, the majority of whom are ATs. Its purpose is to provide a communication platform to debate issues pertaining to Architectural Technologists in Ireland. New members are welcome and encouraged to contribute in this immensely important year for AT in Ireland.

The AT representative on the RIAI Council 2015, Liam Innes, was invited to comment or respond to the above post but has not yet done so.

Should the Architectural Technology Profession stay within the RIAI?