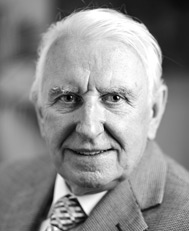 Last week the journal of Engineers Ireland published a letter from Michael Collins a past president of the RIAI (Link: Here). This was in response to an article by Cormac Bradley about the current SI.9 building control self-certification system. Collins compares it to the much praised international best practice UK model of independent local authority and ‘approved inspectors’ in the UK and alleges that the Stakeholders Group involved in drafting the Building Control Regulations ignored the approved-inspector system that works in England, Wales and Northern Ireland.

“It is surprising that – as Mr Bradley’s remarks imply – the only independent inspection system of which the Stakeholders knew, or of which they could conceive, was one entirely resourced and paid for by local authorities, and that the only other system they could imagine was the system of self-certification adopted by the Department? It is hard to believe that none of them ever heard of the ‘Approved Inspector’ system that operates successfully in England, Wales and Northern Ireland!

The system gives timely, cost-effective, thorough and independent peer-group review of designs and construction by experienced private-sector professionals. This improves design and construction standards in a direct way, while incidentally solving all the emergent problems with self-bulders, technologists, project delay and the rest.

It is clear the Stakeholders and Department gave no thought to this sensible and effective system.”