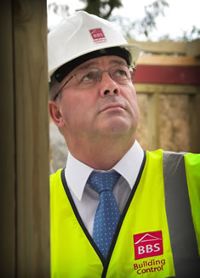 On Monday we posted about a letter that had been sent to the Engineers Journal by Michael Collins FRIAI, a past president of the Royal Institute of the Architects of Ireland (“Self-certification ‘fatally flawed’ and needs ‘drastic overhaul’”). His letter highlighted how an internationally proven, low cost, effective system for independent building control was right on our doorstep, that had either been disregarded or ignored by policymakers. The post received a lot of reaction seeking more information on the UK “approved inspector” system, what it is, how it operates, how it compares internationally and finally how it could be applied here at minimum cost.

Some of the most prominent professional firms in the country are now using separate specialist firms of certifiers / inspectors under SI.9. We believe at least one UK based “Approved Inspector” Service Company is in the process of setting up a Dublin office to meet demand. We have continued to receive reports of large Engineering and Architectural companies who are not taking on the SI.9 Design and Assigned Certifier roles. In some instances it may be due to the non-availability of suitably competent staff, in others there are concerns about putting their future Professional Indemnity Insurance cover at risk.

The following are a series of BRegs Blog posts examining aspects of this system. The graph at the bottom highlights just how successful the UK system is and how it enjoys almost universal support from all building industry sectors.

What would be involved? An arm and a leg? How much for Independent building inspectorate?

What resources would be needed? How much would 100% independent inspections by Local Authorities cost?

How much would this cost? The cost of a Solution to BC(A)R SI.9?

How do we compare to the UK system?  World Bank Report 2015 | Ireland’s poor construction regulations are the biggest drag on our ranking

How do costs compare for our system vs “approved inspector model in UK? World Bank Report 2015 | UK v Ireland the real cost of “Dealing with construction permits”

What is the current cost of SI.9 at present? € 5 billion | The extraordinary cost of S.I.9 self-certification by 2020

Was a proper cost-benefit done for regulations? Inadequate Regulatory Impact Assessment for S.I.9- Look Back 2

Are the people satisfied with the UK system?  (see Pic below) There is a 97% approval rating for UK Building Control system -see full LABC/ACAI report from January 2012: Report- value of building control jan ’12

A survey carried out last year by the BRegs Blog indicated that 90% of the respondents wanted independent inspection in Ireland: SI.9 Assigned Certifier Survey

2 thoughts on “Everything you wanted to know about “Approved Inspectors””