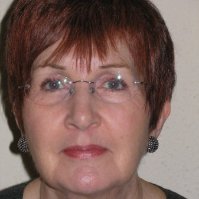 The BRegs Blog received the comment below from Denise Germaine regarding a post earlier this week. This concerned a letter in Engineers Ireland by Michael Collins FRIAI about the UK system of Approved Inspectors (Link: here). The BRegs Blog is happy to publish this clarification.

Having been a long-standing member of BRAB (Building Regulations Advisory Body) and having sat on two Task Forces which drew up the first recommendations to the Minister for strengthening the Building Control system, I can say that the ‘stakeholders’ were certainly not unaware of nor did they ignore the excellent systems of Building Control in the UK. In fact, we examined in detail the Northern Ireland system as part of our research. This type of Local Authority operated Building Control system was the first choice of BRAB but we were advised by the DECLG officials that there was no point in recommending this to the Minister as it ‘was not going to happen’ in Ireland.

Since the previous Minister [Phil Hogan] brought BRAB to an end in 2012, there has been no such semi-autonomous advisory body, with members drawn from all sectors of the construction industry, to advise the Minister and the Department on matters pertaining to Building Regulations and Building Control.

This is to be deplored.”

Architect and Chartered Architectural Technologist; Ministerial appointee to the Building Regulations Advisory Board at the Department of the Environment, Community and Local Government since 1995; Member of Technical Assessment Panel for the Architectural Registration Body (RIAI); Specialist Consultant to An Bord Pleanala on DAC Certificate Appeals; Lloyds Register Quality Assurance Auditing (ISO 9000) – 1998

3 thoughts on “SI.9 | Irish solutions to Irish problems only!”