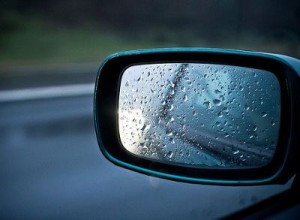 In this post from one year ago, 2nd March 2014, the BRegs Blog posted the transcript of an interview on Morning Ireland RTE News where then Minister for the Environent Phil Hogan discussed SI.9, at that time shortly to be implemented. Regarding costs, Minister Hogan noted “It’ll cost about one to two thousand euro depending on what figure they negotiate with professionals…” It makes for interesting reading from our vantage point one year on.

New Building Control Regulations come into force tomorrow, as Aisling was saying the first of March…now Environment Minister Phil Hogan spoke to me earlier and I asked him first what the legal position of people building their own homes will be under the new Regulations

Well first of all we are bringing in these new Regulations Cathal because of all of the poor standards that we’ve seen which have been signed off by professionals in many instances over the last number of years which has resulted in cases like Priory Hall, unfinished estates and pyritic materials in buildings, but in relation to self build, I cannot understand the type of wild exaggeration that has gone on for the last couple of days in relation to this matter. There is no change in the technical performance standards in respect of a newly finished home. The people that engage in direct labour or self build will be able to continue to do so because there is no change in the Act and the statutory obligations under the Building Control Act 1990.

Well, what were doing here is that we’re expecting a professional to sign off on the work that it is actually done in accordance with the papers that are lodged and that it is up to a high standard.

Mmmh you need a professional to certify the design and to inspect the works, and professional is defined as an architect, a building surveyor or a chartered engineer?

Yes and eh we expect the highest standards and I would have thought that Amanda and her husband would expect the highest standards and I know that they want to have the best possible quality home and they’ll be able to do so by direct labour including our friend from Cavan will be able to continue to report through his architect or professional or through the owner of the particular property to continue as before by direct labour and build their home – their dream home. What they will require, for the first time in addition is a professional person that will have to sign off that the work is done and that will cost somewhere between one and two thousand euro and that’s a small cost to pay for making sure that things are done right for a home that might cost €100,000 or €150,000

What do you make of the point made by Amanda’s husband there that it would be foolish for anyone building their own home to make it substandard?

Absolutely foolish and what we are trying to do here is to make sure that people like Amanda and her husband would be able to get a guarantee that what is signed up for by a professional in the future means what it says – and that an architect or a building surveyor or a chartered surveyor that signs off on this will be able to say that this is what it has done, this is the whole chain of responsibility

Yes but their point is

It’s not just an opinion it actually means what it says and we’re empowering the professionals to stand over what they are signing off for.

No it will not be expensive! All this exaggeration about thirty, forty, fifty thousand and that direct labour was going to be out the window or banned as a result of this is absolute nonsense. It’ll cost about one to two thousand euro depending on what figure they negotiate with professionals

Now there’s also a particular concern as you’ve heard from Amanda there about this undertaking by builder document,  which you must sign. Now, legally they’re concerned that that will expose them to something – which is one thing for a professional builder or a professional contractor to do, but quite different for a homeowner who is just building a home for themselves?

Well what we expect is that the consumer will get the top class standard that they should expect from building one of the biggest investments in their lifetime – a home, and whether you’re a self build assigned certifier or whether you’re a professional person we want to ensure that what people sign up for is actually what has happened along the chain of responsibility in the course of the construction of the home. It’s nothing more or nothing less than that. After two years of consultation in relation to this matter I’m surprised at people now like Joan O Connor are actually saying that we haven’t had enough time in order to look at this matter. Two years it’s gone on…two years of all of the various professional bodies have been engaged with the Department and the Local Authorities working out the first of March 2014 as the starting date and you know at the end of the day we want to ensure that we have top quality standards in our housing sector unlike the type of light touch regulation that we’ve had in the past.

And yet when you hear the Royal Institute of Architects, who know something about this business, and when they say it’s not ready, things have not been clarified and issues for example like, legal responsibility which is a very serious matter – if they’re calling for a deferral why would you not listen to them?

The Royal Institute Architects are not calling for a deferral. There is a small number of people within the Royal Institute of Architects that are calling for a deferral but the President of the Royal Institute Architects and the director Mr Graby – all of these people have written to us to say that they are prepared to comply with the regulations, they have engaged with the Department and with this process for the last two years. They’ve had training programmes for the last couple of weeks – a little bit belatedly, but they had their training in the last couple of weeks where over 1000 architects have been trained so people know that the 1 March 2014 is when these new regulations are coming into effect in the interests of the consumer and the interests of higher standards in the construction sector.

There is of course a local election ahead. Are you clear in your mind that any prospective candidate from a government party can go out and say to people who are annoyed about this, worried about this, concerned about the legal position of what they are signing that there is no problem? …that the most this is going to mean is a fee of according to you between one and three thousand euro and that’s it there’s no other added difficulty or reason why they cant build their own homes. Are you sure that they can go and say that? And be believed?

Well, all I’m asking people to do in these regulations is that there is nothing new in the regulations that prevents direct labour – I want to make that clear – owners are required to satisfy themselves that persons that they engage to carry out work are competent…and from the self build perspective the owner will as before assume the responsibility as builder for ensuring the building is complying with the regulations, but they must also satisfy themselves that anyone they employ to undertake work is competent to do the job. That’s all we’re asking them to do and I would expect that people who would be building a house by direct labour would require nothing less.