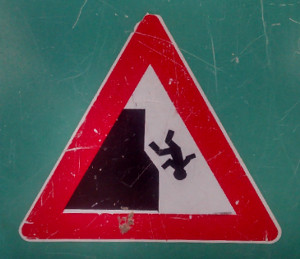 Recent Irish Construction PMI data (link below*) suggests a sharp downturn in the construction industry in February. Although a somewhat anecdotal indicator, PMI data is referred to by many commentators in the media to give a snapshot of the market. Of note for those concerned by the current housing crisis, residential activity continues to stagnate. A more accurate indicator of actual projects starting are commencement notice levels, recorded by the Department of the Environment (DECLG).

On the 25th February, 12 month DECLG commencement figures were confirmed in a Dáil debate :

“Over 5,000 construction projects have commenced, to date, since the new regulations took effect on 1 March 2014. Over 1,100 of these are new build single dwellings”**

These figures are alarming. The total number of Commencement Notices lodged for 2013, a historic low point in construction activity, was 7,456. This included over 3,000 once-of houses nationwide were commenced in 2013.

Based on the Dáil figures, the 12 month total to March 2015 of commencements nationwide is less than 75% of the 2013 level. These figures suggest once-off house building is down by over 60% since the regulations were introduced.

These levels for housing reflect accounts from self-builders and professionals involved in this sector of the extraordinary impact the new building regulations are having on self-built and once-off commissioned housing.

Many commentators identified a spike in commencement notices in early 2014 and a consequent upturn in activity towards the middle part of the year as a reaction by the industry to BC(A)R SI.9, introduced in March 2014. This peak, drop-off and flattening out of activity was first reflected in commencement notice levels, but is only filtering through to later stages of building activity now, as reflected in dramatically lower PMI figures. Davy Research have correctly identified this trend:

“More concerning was a sharp drop in Ireland’s construction PMI to 52.0 in February, down from 63.1 in December, suggesting that momentum has been lost in the sector…the housing activity reading was 50.1 in February, only slightly above the 50 no-change level. However, there was also a marked slowdown in commercial activity (54.6) and civil engineering (49.3)…”

“…industry commentators also pointed to new building regulations that led to a surge in commencements early in 2014, ahead of the new rules, with that pipeline of activity now petering out”

In the midst of a nationwide housing crisis the question is, what will be done now to unblock supply and help people intending to build their own homes?

CSO- Dwelling units approved down 16.6% in one year

A ‘perfect storm’ for housing?

FAO Committee on Environment, Culture and the Gaeltacht- commencement figures

‘Recovery’ is Still Worse than the 1980s Crisis