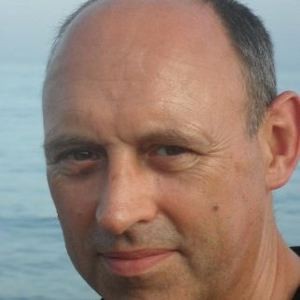 A shorter version of the following opinion piece was submitted by Simon McGuinness MRIAI, in response to an earlier post “A Margin of Error| Mícheál de Siún MRIAI“. Mr McGuinness makes reference to recent Dáil statements by Minister of State, Paudie Coffey T.D.:

“In my opinion, based on the advice I am receiving, the inspection regime for one-off houses should cost no more than €3,500. However, I am aware of many cases where the cost of inspections has far exceeded this amount, something I am determined to address in as far as possible” (see  post HERE).

The representative body for architects (RIAI) has estimated the time required to provide certifier duties on a typical project is in the region of 160 hours, a 30% additional time requirement.

The Minister for the Environment, Community and Local Government would be well advised not to follow his predecessors in presiding over a cut-price building control service. Otherwise, he may be just storing up the same mess that they left in their collective wakes.

Priory Hall is just the first of a list of defective legacy buildings, a list of, as yet, undetermined length.  It is undetermined because no one is looking for them, in fact, there appears to be a studied determination not to look for them.  Why else is there no “look-back” going on in any Local Authority, not even for other buildings built by those already found guilty by the courts for known failures? It is as if there was a fault discovered in the braking system of a particular brand of motor car and the manufacturer quietly fixes the one with the known defect and ignores all the others in that model range still on the road.

How many unsuspecting home owners are currently living in defective homes which contain the seeds of economic misery, if not worse, for them and their families? We simply don’t know. All of these legacy buildings share one thing in common: they were certified under a cut-price regulatory system.

This, we are told, is precisely the reason a new building control system was required.

We must accept as a nation that either the privatised building control service set up last year under S.I. 9 has an economic value to society or it doesn’t. If it does, then it is not up to the Minister to set the price, that is a job for the market. The Minister can certainly help contain costs by ensuring that there is a well understood and achievable means to ensure compliance with the regulations which any competent building professional can achieve from within their own resources and that there are sufficient professionals willing to deliver the service required. Neither are currently the case, for reasons I will outline below.

The constant attempt to devalue the work of assigned and design certifiers by one Minister after another, in order, it seems, to reduce certification fees, has only resulted in fewer professionals willing to take on these important roles. We actually have a looming skills shortage at every level of the Irish construction industry, none more so than in the area of regulatory compliance certification.

Building certifiers are urgently required, they deserve to make a living in their chosen career and they need sufficient skills to ensure that they can knowledgeably undertake the job. Yet, in the face of repeated attempts to cap the price of their services, few are queuing up for the upskilling required. Lack of certifiers may already be having an effect on the recovery in the construction sector, particularly in the housing area.

Similar bottle necks exist in our health services as a result of an ideological failure to pay the market rates needed to attract sufficient numbers of skilled medics. Or to purchase the step-down care services required to free-up acute hospital beds.

The Minister has promised to build (and certify) 25,000 new houses by 2018. He has not sought to cap the price of those houses, the profits of the landowners, builders, electricians, plumbers, concrete suppliers, or any one of the 120 businesses involved in supply chain for the delivery of a single private house. Yet he sees fit to attempt to cap the price charged by the one person in the entire supply chain who is there to protect the consumer. That consumer is a remote end user who will mortgage their family’s future to buy one of these scarce, and probably over-priced, houses. The certifier’s fee is a very small part of the overall expense, much less than the mortgage arrangement fee, the VAT, the planning levy, the utility connection fees, inflation, and so many other, much less critical, components of the purchase price. Why is there such an unhealthy preoccupation with the certifiers fee?

Moreover, this preoccupation appears to relate only to the housing sector.  The commercial sector, where the risk to the certifier is significantly less due to the attitude of various courts to consumer protection issues arising for “corporate building owners” (who should know better) and “home owners” (who are assumed to be innocents abroad), is, apparently, not of concern.  So the area of greatest risk for the certifier is precisely the area where the Minister is tempted to seek the lowest fees. Put simply, this undermines the business case for career investment.  Already, we are seeing certifiers establishing businesses in Ireland to cover the commercial sector, but little sign of an equivalent professional service for the housing sector: ask any self builder.

Could this be because the housing sector is the sector with the most problematic regulatory environment, due, perhaps, to the very onerous and relatively untested, energy efficiency regulations, particularly the TGD to Part L, 2011?  Four years on from the introduction of those regulations, standard approved construction details (ACDs) have not been updated to allow for increased insulation levels. Yet numerical modelling predicts failure to meet the surface temperature factors required in several of the existing ACDs that I and my colleagues have examined.

So, on the one hand, we have regulatory corner-cutting, and on the other hand an attempted cap on the finance available to fund design stage due diligence checking of known deficient standard building details. The meat in that particular sandwich is the certifiers professional indemnity insurance cover.  Without affordable insurance, there is unlikely to be a viable career for the certifier or a sustainable building control system to protect the consumer. This is hardly the desired trajectory.

I have no doubt that the “inspection” part of the fee could well be achievable for the minister’s stated target on a simple house project, but it is not inspection, per say, that is the problem. The real source of the problem for prospective certifiers is broadly twofold.

Firstly, in the absence of a robust suite of compliant approved details, the onus imposed on the individual design certifier to prove compliance can only currently be achieved by reference to an external assessment by a qualified Thermal Modeller, of which there are currently three registered.  This is an expensive and time consuming process and the resources, both financial and physical, to fulfil it are not yet in place. It would be pragmatic to accept the need for a comprehensive national suite of compliant details which are reproducible on any building site and award them a legally watertight “deemed to satisfy” badge under Part L.

Secondly, there is a lack of appropriate sharing of legal liability for defects by all involved in the building supply chain.  The continuing failure to stamp out pyrite contamination highlights the problem. The absence of appropriate insurance and certification standards at all levels in the supply chain generates the need for an excessively defensive, and therefore expensive, inspection and compliance checking regime at the end of it. The fundamental mindset shift from ‘sheriff-versus-cowboy’ regulation, which brought us the previous failures, to ‘collegial effort in a shared common goal’ has not been achieved. Such a transformative cultural shift is not easily won, but it will never be won if regulation is perceived – at any level – to amount to a process of pinning a tin badge on the next available fall guy.

I am convinced that there is a widespread appetite for a generational culture shift on compliance, but it needs to be carefully nurtured by a receptive, open and, above all, honest regulatory parent.  The 40sqm debacle has not, I fear, been illustrative of wise regulatory parenting.

The RIAI has calculated that the time required to comply with, what many regard as an excessively bureaucratic and defensive building control regime, amounts to 160 additional hours per one-off house. (Even this figure takes no account of the kinds of surface temperature due diligence calculations for Part L compliance that I described above.) If he succeeds in enforcing a cap on the cost of that service of “no more than €3,500”, then the Minister is expecting experienced professionals to work for less than €22 per hour, inclusive of all overheads.

One of the largest of those overheads is insurance and one of the risk factors influencing premiums in Ireland is the legal concept of joint and several liability, which the Minister chose not to adjust when introducing S.I.9. The legal principal of joint and several liability determines that the certifier (design or assigned) can be held liable for 100% of the remediation cost of any building defect discovered, even if the certifier had no hand, act or part in its commission. This is patently unfair: each contributor to a building defect should be liable in law only to the extent of their own culpability. Irish law should have been revised to make this apportionment clear and deliverable, particularly in relation to the special protection correctly afforded by courts to the vulnerable homeowner. Had this been tackled, it would have prepared the ground for sustainably lower risk premiums and therefore lower certification fees. Specific advice from the professional bodies in relation to consumer protection and insurance in this regard was, apparently, not heeded.

The net result is higher than necessary certification fees, more defensive, proscriptive and bureaucratic inspection regimes and a shortage of active participants in key areas of national priority. The differences between Ireland and the UK in relation to supports for self builders, for example, could hardly be more stark. Where the UK is proposing to expand self building by supporting it with grants in order to meet its housing needs, Irish self-build has effectively been shut down. The professional skill set in both jurisdictions are similar, even transferable, the only difference resides in the vastly different regulatory environment introduced by S.I.9. This can, and must, be fixed.

The establishment of a privatised building control system which harnesses the professional skill and judgement of suitably qualified and experienced building professionals at all levels of the industry in order to protect the consumer has been successfully achieved in many other jurisdictions. Surely it is not beyond the competence of Irish legislators to cooperate with the Irish professionals expected to deliver the service, to design a practical, robust, affordable, fair and transparent system of building control system for Ireland? Let us hope that the promised review of S.I 9 will facilitate that.

I, for one, stand ready to help in that effort in the interests of consumer protection.

Applications for dispensation or relaxation of Building Regulations

1 thought on “Does the Minister want a cut-price building control service? | Simon McGuinness”