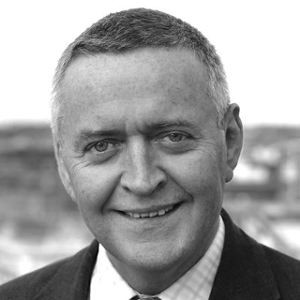 Frank McDonald at the Banking Inquiry on Wednesday 11th March 2015 on the deferral of energy standards and vested interests (link here):

“Those relationships were very close. The construction industry, in particular, is very well connected, not just with the present Government but also with previous Governments, and very well able to lobby politicians and all the rest of it.

To give an example, there was a case some years ago where the then Government had the option of introducing higher energy performance rating requirements for houses and higher energy performance standards in general. That initiative was deferred, as a result of which approximately a quarter of a million houses were built during the boom period which have the most woeful energy performance and will all now have to be retrofitted. The reason that happened, as an FOI request to the Department of the Environment, Community and Local Government revealed, was that the building regulations were going to have to be changed. It was going to happen sooner rather than later due to the targets set under the Kyoto Protocol on climate change.

However, the memo went on to say, “We don’t want to signal this to the outside world just yet because the next leap in building standard insulation will probably involve making it difficult for the hollow block construction used widely in the Dublin area to survive“.

What is that except playing to a vested interest?

So what if there were guys making hollow concrete blocks in Dublin? They can do something else. Why was it regarded as being so important that this particular sector be protected? These guys were building crap houses.

Let us be clear about that. These houses were rubbish, from an energy performance point of view, and yet the Department of the Environment allowed it to go on and on. It was only in recent years that we finally caught up with the idea that we needed to have higher energy performance in housing, so that people do not have to spend so much money on fuel and all the rest, and we can cut down emissions.” (Mr. Frank McDonald)

It is interesting to read this statement given recent calls by key industry stakeholders to reduce standards further in response to housing supply issues.

There has been widespread concern and criticism of some of vested interests being involved in the negotiations for the new building regulations, SI.9, introduced in March 2014. SI.9 was introduced by the former Minister for the Environment, Phil Hogan with little or no consumer input. Following on from a public consultation in 2012 only a small circle of key stakeholders were invited to participate in the formation of SI.9.

Many consumers share this view and perceive that the government has conveyed vested interest groups with a monopoly on various statutory roles within the construction process. Mr McDonald in particular has  been voiceferous in criticism of SI.9, stating there are little or no protections for consumers in the costly regulations (listen to interview Newstalk: 3rd March 2014- BC(A)R SI.9 “is not a consumer protection measure”).

Lobbying in the Construction Industry – Part 1

Part L- is compliance worth the paper its written on?