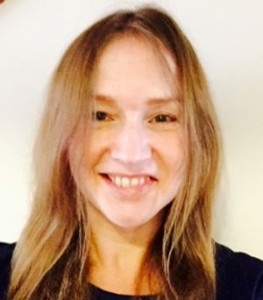 After a long drive from Dublin to Killarney to attend the opening day of the IBCI National Building Control Conference  I was delighted to see an excellent turn out with much debate and very relevant speakers. The focus of the 2015 Conference was on the changes which were introduced on March 1st 2014 in the Building Control System and the developments in the year since then. My perspective is as an Architect leading an independent Assigned Certifier company and   these were the main points that I took away from the day:

Aidan O’Connor, Principal Adviser Architecture and Building Standards Sections of the Housing and Planning Division of DECLG, answered my main query in his presentation. When and how will the Department be reviewing the Regs? DECLG advised that SI.9/2014 will be reviewed via a consultative forum in April, all stakeholders will be consulted, there will be an open invitation for submissions in May and reporting in Q2 of 2015. He briefly outlined some of the current issues: the 40sq.m debate, certification on phased developments, self-build, one off houses and extensions, CIRI and Architectural Technicians etc. We might expect all of these to be discussed & clarified.

John Wickham, Building Standards Adviser, DECLG talked about the role of Building Control Authorities in relation to the Construction Product Regulations. He advised all to check the Declaration of Performance and Certificates carefully. Brendan Mulligan, Chartered and Civil Engineer, Tobin Consulting Engineers, also touched on this matter when giving a Designers Perspective, advising that the product should be checked for the specific way that it was being incorporated into the construction and relevant to the design by means of Agrément Certificate etc. Brendan also reminded all that we are certifying Compliance with the Second Schedule to the Building Regulations and not necessarily to the letter of the Technical Guidance documents.

Paul Kelly, Architect, Member of the RIAI Building Control Steering Group gave a presentation from the perspective of the Architect and summarised the results of the RIAI survey on BCAR. Interestingly he reported that 50% of RIAI respondents had not carried out any service under BCAR. The main areas highlighted from the results of the survey were the preference for an independent audit of designs, concerns regarding liability and specifically the risks around Joint & Several Liability & support for Latent Defects Insurance. Paul also asked ‘Why does size matter?’ in relation to the 40sq.m rule and advocated for focus on risk analysis and complexity. Paul also noted anecdotal evidence that there was a poor update of voluntary CIRI registration by builders. DECLG had already noted earlier that the Heads of the Bill are progressing on this matter and  that CIRI will become compulsory as planned later this year.

Mairéad Phelan, BCMS Project Manager, LGMA Project Management Office, presented on the BCMS and Guidelines for Building Control Officers. She discussed what the Local Authority portal looks like and how the BCMS site is being developed with FAQ section, guidance notes etc. The BCMS is very impressive tool to generate reports and statistics on Construction in Ireland.  However Mairéad did acknowledge that there is much more to be done with the system, notably a digital version of the Certificate of Compliance on Completion, changes to person acting as Assigned Certifier etc. which are currently being carried out by paper copies in local authorities. The development of these functions (together with a Local Authority Social Housing version to mirror the BCMS procedures) are the subject of a European tender for software development works which it has been decided could not be carried out by the previous consultant.

It was recognised that the BCMS is a work in  progress.

Mairéad also gave guidance as to the requirements at Commencement Notice stage – importantly that this is not a Technical check it is an Admin check that the necessary documents have been uploaded, that the forms have the correct signature  etc. It was suggested that if Technical concerns arise then these files should be marked for follow up by the Officers after Commencement. At Completion Stage the BCMS should not be used as a depository for all information collated on the project. The Assigned Certifier should upload information to show how compliance with each Regulation is achieved (e.g. a RECI cert is not relevant) and the importance of completing the Annex to the Certificate of Compliance on Completion so that the relevant information can be retrieved if required.

Mairéad and other speakers including Marc Devereux, Building Control Officer, Wicklow County Council, who was giving the Building Control Officers Perspective and Concerns, noted that the new system was working in that the Culture of Complacency was being replaced by a Culture of Compliance. Marc gave examples of engagement between Building Control Officers and Assigned Certifiers. BCMS directs the Building Control officer to the right person and where minds are now focused, construction details are being rectified on site at second visits, with no need for enforcement. Marc noted the concerns regarding self-build and one off houses but reminded us that prior to BCAR there were already many regulations which this sector of the construction industry should have been complying with. He noted that any derogation should be decided upon complexity rather than size and suggested that this was an sector in which technicians might be included in certification going forward. There was some discussion on how noncompliance developments might be regularised.

There was no appetite for retrospective Commencement Notices but no guidance given as to how issues such as the “incorrect” interpretation of the 40sq.m issue might be dealt with in future conveyancing.

Interestingly the perspective of the CFO given by Seamus Coughlan, Chief Fire Officer, Building Control Officer, Cork County Council, was that it was still too early to review the BCAR process. Many fire officers do not have access to the BCMS although those who do have found it a useful tool. The integration of the FSC, 7 day notice and DAC into the BCMS would be very beneficial. Seamus asked whether there is an argument to review what requires a Fire Safety Certificate at the lower end of the scale using risk assessments. This focus on complexity and risk assessment as a tool to guide the legislation and procedures was repeated throughout the presentations.

The conference rightly acknowledged  that Building Regulations are now on the agenda in Government but it was also noted that Building Control is under resourced. There is an opportunity at the review of SI.9/2014 for the Minister to address the concerns raised during the conference and we should respond to his & the DECLG request for feedback one year on.

MLM Ireland are independent Assigned Certifiers with wide-ranging competencies which support the Design Team, Builders, Ancillary Certifiers and Building Owners in their roles and duties under BCAR & SI.9: 2014 and providing expert advice & consultation throughout all stages of the design & construction process. The Dublin based team is supported by an international network of over 300 accredited professionals and over 40 years of experience within the MLM Group.

Contributors have notes that the term ‘Technician’ is used several times in the report when referring to Architectural Technologist. The term Technologist was used by speakers in the address, and the post is a personal account of events. Generally, a technologist is at the professional level (someone who holds a 4 year honours degree, the same as architects and engineers), a technician is a general term for someone with a three year qualification, usually working under direction or within a team. Detailed notes of the conference will be uploaded shortly, an this will clarify which speaker used which term at the event.

Questions to be asked at IBCI Conference | A working system?