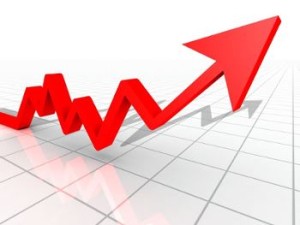 We suspect as PII premiums increase, more professionals will elect to use third parties to undertake  the roles of Design and Assigned Certifier to minimise future PII increases.

Almost half of respondents have seen increases to PII policies this year. Percentage increases range from +5% up to +54%; comments suggest an average of +30%. 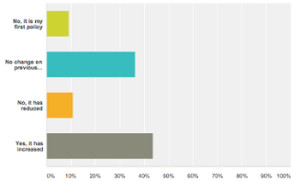 Q3: Has there been any increase to your PREMIUM in the past year since the introduction of SI.9?

The most popular provider out of the six companies listed was Marsh/RIAI, reflecting the cross section of respondents. However almost a third of those surveyed obtained quotes through a broker. Quite a number of comments received listed alternative insurance brokers and companies to those named in the survey. 8 out of 10 surveyed confirmed that there has been no change to the excess on the policy. 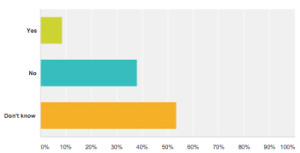 Q5: Does your policy cover pyrites and other defective materials?

Worryingly more than half of those surveyed did not know if their PII policy covered pyrite. Similarly 43% were unsure if their policies added any new exclusions. A small number confirmed that new exclusions had been added for asbestos and pyrite.

Over half of those surveyed said they were taking on the role of Design or Assigned Certifier, with the balance saying either no (23%) or maybe in the future (20%). 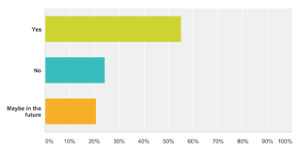 Q7: Are you undertaking the role of Design or Assigned Certifier as defined in SI.9?

The majority of respondents confirmed that PII insurance did not cover current employees for claims on work for previous employer, or that this was not applicable – this is a reflection on the extent of sole trader responses to the survey.

“are you undertaking the role of design or assigned certifier as defined in SI.9?”

“reluctantly but forced to if to maintain minimum wage existance as company director working on large state projects. Unfairness is intolerable.”

“I emigrated to Australia”

If you are not undertaking the roles of Design or Assigned Certifier did you seek a reduction in premium from your PII provider?

“The insurance will sort it out…”

What is Latent Defects Insurance and how much does it cost?

SI.9 and PII Alert | Practice makes perfect or does it?