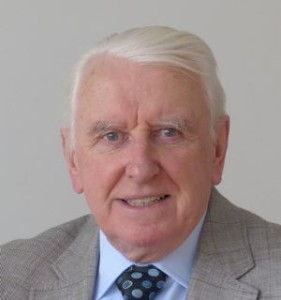 Michael Collins is the founder of MCA Architects. He has served on a number of Government bodies and agencies including the Fire Services Council, the Building Regulations Advisory Body, the Multi-Storey Buildings Task Force, and the Construction Industry Strategic Review Committee and more recently on the Dolphin Review of the National Paediatric Hospital Project. He was a board member of the Irish Architectural Archive and represented the RIAI in the International Union of Architects and Architect’s Council of Europe. He has has been an active member of the Royal Institute of the Architects of Ireland for most of his career and has served on various committees and on Council. He served as RIAI President for 1986/87. More recently he served on the RIAI task force on the stakeholder’s advisory group on the Multi-Unit Developments Act and also the RIAI expert group advising Council on the amendment to Building Control Regulations.  In 2014 he was head of the Change Group within the RIAI which was tasked with proposing an alternative system of Building Control.

One year on: Reflections on the Building Control Amendment Regulations (SI.9 of 2014)

The Building Control Amendment Regulations (SI.9 of 2014) is the most damaging and least effective piece of legislation to affect the construction sector in recent times.   In the year since SI.9 came into operation, many of the flaws that were predicted would cause problems have done so.  Many more will undoubtedly emerge as time passes.  The industry has still not adjusted to the legislation and will probably never do so.  The legislation is currently up for review.  Neither the current Minister for Environment, Community and Local Government, Alan Kelly, nor the Minister of State Paudie Coffey, caused the problem. The question is, will they have the courage and support from the officials to face up to the problems and radically overhaul the legislation, or will they just cover up the cracks and leave it for another day. The sad reality is that they can expect little support from the main stakeholders in the industry itself.  These were so immersed in the process by which the regulations were devised as to make it difficult for them now to admit to the mistakes and do what is right. Furthermore the perceived gains derived to those organisations are such that they will not want to give them up easily.

At the heart of the problem is the belief that construction is similar to manufacturing industry and that buildings are products that can be “certified” as satisfactory in the same way as manufactured products.  The processes are completely different.  Manufactured products start with a development process involving multiple designers, prototypes, testing and is followed by an automated manufacturing process which produces thousands of identical products in carefully controlled environments.  A building on the other hand is a unique hand-assembled product, individually designed and put together by a team of local contractors, sub-contractors and independent tradesmen who come together on a building by building basis.  Despite what might be seen as a slightly less streamlined process, the system works very well, meeting the needs of owners by providing bespoke products at an affordable cost, using local materials and labour.  My own house is 210 years old this year.  Given reasonable maintenance, there is no reason why it will not be here in another 200 years. There are few manufactured products of which the same could be said.  We need to get back to the norms and practices that produced such buildings. It is not rocket science, but it does need an appropriate system of inspection and monitoring to be sure that standards are maintained at an acceptable level.

Instead of adopting such a system, the Irish Government has set up a system of pseudo “certification” which is unique in the developed world and which fails to meet the acknowledged standards for certification systems most notably that set down in ISO 17000 by the International Standards Organisation, of which Ireland is a member.  By definition, “certification” in respect of a product such as a building can only be carried out by a person or body that is completely independent of those involved in the design and manufacturing of the product.

ISO.17000 sets out very clearly the criteria that apply to those undertaking certification (the Inspection Body) for the benefit of third parties, such as that envisaged under SI.9.  It states:

“A.1 The inspection body shall be independent of the parties involved. The inspection body, and its staff responsible for carrying out the inspection shall not be the designer, manufacturer, supplier, installer, purchaser, owner, user or maintainer of the items which they inspect, nor the authorized representative of any of these parties.

A.2 The inspection body and its staff shall not engage in any activities that may conflict with their independence of judgement and integrity in relation to their inspection activities. In particular they shall not become directly involved in the design, manufacture, supply, installation, use or maintenance of the items inspected, or similar competitive”

The procedures set out in SI.9 of 2014 contravene almost every line of this ISO standard as well as most other best-practice guides.

In drafting SI.9 the Government sought to set up a system that would distance itself from liability and cost of future building defects, instead of introducing a simple system that would improve the quality of construction.  The system that they have put in place in SI.9 will not prevent defects re-occurring in the future. It will not protect the consumer who is being misled into believing that they are benefitting from a properly structured system of certification. The irony is that it is so obviously not in in compliance with acknowledged standards, such as those set out in ISO1700, it is doubtful that the State would avoid liability for the costs of defects such as Priory Hall and pyrites in future, if tested in the international courts.

There is now an opportunity to rectify this mess before the consequences of this flawed legislation become even more widespread.  In the interests of improving the quality of construction and protecting the consumer it is imperative that the Government follow best international practice and introduce a system of independent inspection.

Other posts in “SI.9 One Year On” series:

Self Builders and Building Control (Amendment) Regulation S.I.9 of 2014- One year on | IAOSB

2 thoughts on “One year on: Reflections on the Building Control Amendment Regulations (SI.9 of 2014) | Michael Collins FRIAI”