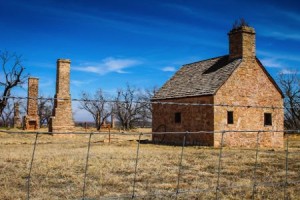 A report published last Wednesday by DKM Economic Consultants and the Society of Chartered Surveyors Ireland (SCSI) confirms that new home building supply problems could be more serious than previously thought. Forecasting residential output for this year at a mere 10,000 units, the report goes on to cast doubt on the veracity or government reporting of residential output for last year, suggesting previous figures have been ‘overstated’.

The BRegs Blog had previously noted this Central Statics Office (CSO) data in earlier posts, and the SCSI, one of the key stakeholders involved in the formation of BC(A)R SI.9, confirmed these findings (quote from Irish Times article “Republic built 2,000 fewer new homes than official estimate“):

“However, the commencement figures are far lower and this suggests to us that the actual level of housebuilding is actually lower than the completions figures suggest,” he said.

Mr Nugent explained that the official estimate of the number of new homes built last year is based number that connected for electricity for the first time.

He said the society believes that up to 20 per cent of the houses connected for electricity in 2014 had been built in previous years and had either been in receivership or owned by the National Asset Management Agency (Nama).

“This is significantly lower than other published projections and indicates that the new housing supply issue is even more serious than previously thought”.

Elsewhere in the SCSI report they signal construction output to increase to €11Bn for 2015, but also confirms earlier industry estimates of the extraordinary cost of SI.9 to the industry, consumer and taxpayer.

This suggests the estimated cost of building regulations introduced last year for all types of construction will be in excess of €500m, a figure similar to the assessment posted by the BRegs Blog last year (see post here). Industry experts had completed a conservative detailed analysis of SI.9 costs sector by sector which was posted by BRegs Blog last year which will be updated this week in light of recent figures.

In our previous post “Cabinet’s ‘spin’ and the real Housing problem | Irish Independent” we looked at efforts by the Government to “spin” or exaggerate zoned development land in Dublin. Rather than zoned land and infrastructure required for development from 2017 and beyond, the real immediate crisis in housing is the catastrophic fall off in new residential commencements in the last year since the introduction of widely criticised Building Control Regulations.

Is Irish Building Control a threat to Foreign Direct Investment?