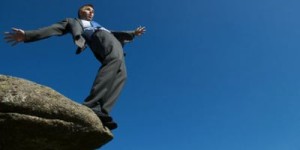 Recent advice issued by Engineers Ireland (EI) to engineers on BC(A)R SI.9 would seem to fly in the face of Minister Paudie Coffey’s SI.9 review, issued just days after Review was annnounced.

“If acting as Design Certifier, Assigned Certifier, Ancillary Certifier or participating in any Inspection Plan, engineers should be paid appropriately. All engineers should be aware of the additional obligations and inform and educate clients appropriately. Clients need to appreciate all the additional requirements and accept the costs. Proper and fair remuneration is essential for the new roles and for professionals to fulfil all of the additional duties under the new regime to have the desired effect”

The guidance note contains a number of notes of caution, and is well worth a read for all construction professionals. Consumer readers also can understand how complicated and time-consuming the new procedures introduced last March are in practice, and how high levels of professional fees are being generated by the onerous additional administration involved.

Detailed advice relating to engineers taking on the separate roles of Assigned Certifier and Design Certifier in particular, confirm anecdotal evidence of the widespread reluctance of Architects to undertake the new roles. The majority of the country’s larger professional practices, both engineering and architectural, are electing to recommend the services of separate certifiers on larger projects to clients.

The second section of the guidance note contains information relating to professional indemnity issues and insurance. This will be of interest to many professionals who have experienced sharp increases in premiums this year, post implementation of SI.9.

On completion, a Certificate of Compliance on completion must be signed by both the Builder and the Assigned Certifier. Again, the form of certificate is mandatory and must provide an unqualified opinion that the building has been built in accordance with the designs filed with the Commencement Notice

If the client suffers loss in consequence of an error or misrepresentation in a certificate, the Designer or Certifier is at risk of being held liable. Indeed this would generally have always been the case with non-statutory certificates under the old regime. The difference is that the statutory forms of certificate contain mandatory wording and cannot be altered or qualified to suit particular needs of the team or the circumstances. For that reason claims in the future will be considered against the backdrop of the mandatory certificates and the newly defined roles.

Certifiers should be aware that they are required to sign the statutory certificates in their own names and showing their individual registration numbers. This is not the case with the non-statutory Ancillary Certificates. It is and always has been the position however, that individual employees can be sued for their own acts across a variety of causes of action and we have seen several cases of this. Just because the employee signs in their own name does not alter this. It does however place them more in the spotlight and concerns are being raised by employees about signing the statutory certificates in their own name.

If claims are brought in respect of errors in certification it is therefore possible that claims could be brought against the individual certifier in addition to his employer. Employers need to be alive to this and have commercially sensible strategies in place to provide comfort to their employees.

Design Certifier (which will normally but not necessarily be the case)… The certifying of the design buck stops with them. They can and will of course rely on other Certifiers but ultimately they are the signing party. If, however, the proposed Design Certifier is not the lead consultant, practitioners should consider very carefully how or whether they will be able to coordinate the design team and whether they will be in a position to sign-off on the overall design.

As a corollary of establishing the role, the Design Certifier should insist on a written appointment which clearly sets out the scope of his duties…

It is worth repeating that the Design Certifier has to sign off on the entire design, not simply those elements of the design that they personally have produced. …It is hoped that the final form of the Design Certificate will achieve that end although as with any new legislation there can be no absolute certainty until claims start to reach the courts.

The Design Certifier is responsible for coordinating the design activities of others and they should ensure that they have Ancillary Certificates from all other members of the design team as well as any specialist designers. If they do not do so they may have to take responsibility for elements of the design which they have not produced.

Regardless of the form of Ancillary Certificate used, it is of course crucial that it should encompass the whole of the design produced by the ancillary certifier concerned. Mind the gaps and watch out for hidden qualifications.

Design Certifiers will doubtless come under pressure from clients to issue Design Certificates in circumstances where not all of the identified Ancillary Certificates are to hand. It cannot be emphasised too strongly that such pressure should be resisted at all times…

If there are separate appointments it may also be easier for the Assigned Certifier to show that the role must be properly resourced and to justify an appropriate fee! [emphasis by BReg Blog]

If acting as Design Certifier, Assigned Certifier, Ancillary Certifier or participating in any Inspection Plan, engineers should be paid appropriately. All engineers should be aware of the additional obligations and inform and educate clients appropriately. Clients need to appreciate all the additional requirements and accept the costs. Proper and fair remuneration is essential for the new roles and for professionals to fulfil all of the additional duties under the new regime to have the desired effect. [emphasis by BReg Blog]

Claims activity was, in part, driven by developments in the wider economy.

In many instances, a key underlying factor was the failure to invest in design…

What PI insurance cover are we required to hold under the Regulations?

There is no requirement for PI insurance set out under the Regulations or the Code of Practice although clearly cover will be required to cater for the liabilities imposed.

How long are we covered for?

PI insurance policies are generally annually renewable which is in stark contrast to the long-term liabilities to which you can be exposed.

What is the impact of the ‘claims made’ nature of PI insurance?

‘Claims made’ means cover is provided by the policy in force when you first notify a claim to your insurers, not by the cover in force when the alleged act of negligence occurred, or when the contract was being performed. If cover is withdrawn or cancelled for any reason, then you have no protection against any future claims arising out of work undertaken in the past.

Should we check that other parties also hold PI insurance?

Where you are relying on information provided by others or engaging sub-consultants, it would be prudent to look for confirmation that such parties are maintaining PI cover. It may be difficult to elicit information from parties where there is no contractual link but requests could be made through your client.

Given the ‘claims made’ nature of PI insurance, it would also be important to ensure that cover is being maintained into the future.”

Professional Indemnity Insurance Survey | Prices increase by up to 50%