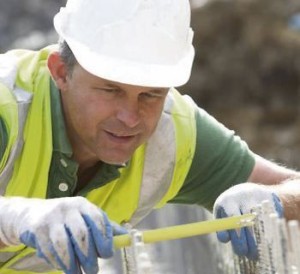 “What is certain, though, is that all new houses are being built in an environment controlled, if that is not too strong a hope or far too strong a word, by regulations introduced by former Environment Minister Phil Hogan — Building Control Regulation SI9. Mr Hogan assured us that the changes would bring an end to light-touch regulation by ending the very questionable practice of self-certification by builders. However, it seems this declaration was wildly over-optimistic if not plainly misleading.

It transpires that, even under legislation supposedly revamped to protect house-buyers, the ‘assigned certifier’ — the architect or engineer who signs off at the end of the build — might be an employee of the developer. This is a blatant conflict of interest and one that seems certain to exact a heavy price on consumers. There are other problems in the new legislation but the most worrying one is that there is still no independent inspection system.

We inspect dead cows, chickens, and pigs to ensure that they are edible. We check dog and television owners to check they have a licence. When we started inspecting nursing homes and homes for the intellectually challenged, we uncovered appalling behaviour and mismanagement. Why can we not inspect buildings before they are put on the market to ensure they comply with building regulations and are fit to live in? Who benefits from this charade put in place by Mr Hogan? Today’s closed and secretive review — the media has been excluded — of the S19 regulations confirms, as if that confirmation were needed, that it is not the public.” [emphasis in bold by BReg Blog]