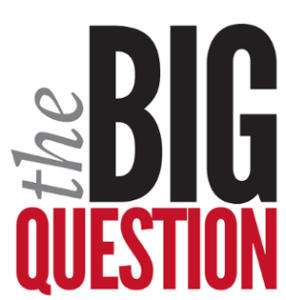 At the BC(A)R stakeholder meeting on the 15th April last, on four separate occasions Minister Coffey addressed the general meeting and asked for everyone to focus on ways of reducing the cost of SI.9 on the average home owner.

One big cost issue has been the competence rather than eligibility, of certifiers. As the new roles can only be undertaken by Chartered Engineers, Registered Architects or Surveyors, many commentators consider the pool of willing and able professionals to be very limited. Architectural Technologists and practically trained Architects (without qualifications) have been excluded from the list of certifiers, restricting the eligible numbers further. Although 6,000 engineers could assume the roles, they are spread across 11 disciplines, so the prospect of a computer or bio-medical engineer assuming Design or Assigned Certifier roles is remote  (BRegs Blog believes 250 chartered surveyors are eligible currently).

The response directly to the Minister, from the RIAI in particular, was that there were enough certifiers and the list of appropriate professionals did not need to be enlarged: “we are of the opinion that with approximately 8,500 registered professionals there are more than enough potential Assigned Certifiers for the work available” (quote from RIAI steering group representative). This suggests that all 2,500 RIAI architects are prepared to assume new roles with the balance being from across all 11 engineering divisions from bio-medical to structural engineers.

The RIAI’s own internal survey of members confirmed at the Irish Building Control Institute (IBCI) conference last month by RIAI representative Paul Kelly would suggest a much lower number however. A comprehensive survey and consultation of the 550 RIAI members was undertaken last October/November. The survey confirmed the following :

The survey makes for very interesting reading. Certifier appointments must be individual, not corporate, so will be restricted to senior directors and partners only signing certificates. Therefore it seems that the number of senior architects willing and available to cover the 50% of firms who aren’t could be very few indeed.

It is surprising that this information was not brought to the table in the closed discussion forum with a Minister who has set out his own position very plainly.

Professional Indemnity Insurance Survey | Prices increase by up to 50%

One year of SI.9 and where is Architectural Technology in Ireland? | John O’Sullivan MCIAT MIPWEA