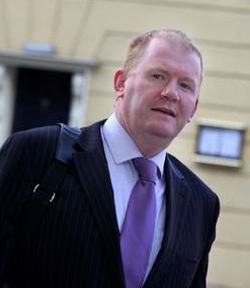 “Over 5,000 construction projects have commenced, to date, since the new regulations took effect on 1 March 2014. Over 1,100 of these are new build single dwellings”*

In comparison, the total number of Commencement Notices lodged for 2013, a historic low point in construction activity, was 7,456, and this figure included over 3,000 once-of houses nationwide in 2013.

For the 12 month period from the introduction of SI.9 to March 2015, total commencements nationwide are down by more than 25% when compared to the 2013 level.

Commencement levels for once-off house building are down by over 60% since the regulations were introduced.

At the recent private stakeholder review meeting on 15th April, it was noted that there were only 563 completion certificates (indicating a finished building project ready for occupation) submitted since the inception of SI.9 in March 2015. Representative body for architects (RIAI) representatives noted that the building control system was already under strain even at such a low level of construction output.

At the review meeting Minister for State Paudie Coffey noted that the Department of Environment (DECLG) had evidence that falling commencements may be indicative of a low uptake on the new Assigned Certifier role by registered professionals.

It remains to be seen what immediate measures the Minister and his Department will introduce to reverse this alarming fall-off in the once-off commissioned and self-built housing sector caused by the new building regulations. In 2013 almost half of all new-build housing was in this category so the expectation of 9,000 new house completions this year may not be met.