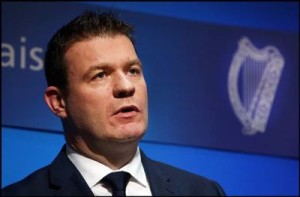 In the following Independent article “ Self-regulation did not work in the past – and it won’t work in the future” from the 4th May 2015, Paul Melia discusses the lack of effectiveness of our current self-certification system of building control, impact on consumers, and the narrow and limited nature of the current government review into the severe impact on once-off housing.

“In April last year, the former environment minister Phil Hogan announced the regulations which were designed to prevent the future re-occurrence of “poorly constructed dwellings … and structures breaching fire regulations” which were left as a “legacy of a poorly regulated housing boom”.

…But now it appears there’s a problem – construction professionals are hiking up the price of a one-off family home.

Building control inspectors have…struggled with a lack of resources in recent years, with figures from 2011 – the most recent available – showing that eight in every 10 homes were not inspected for structural defects and possible breaches of the fire safety code.

In some local authorities, there was no building control officer available. This, at a time when the building regulations were, in effect, an honour system where it was assumed homes would be properly constructed.

Since then, many homeowners saddled with expensive mortgages have learned this was far from the reality.

It’s probably worth noting just how many properties will be affected if the standards are relaxed, and the protections now in place are removed.

While most builders are competent and do the best for their clients, not all are.

Self-regulation did not work in the past, and there’s no guarantee it will work in the future.“[emphasis by BRegs Blog]