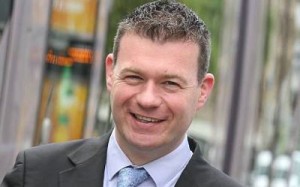 Initially greeted with optimism last November, the Minister’s “Social Housing Strategy 2020” to tackle the public housing crisis was subsequently widely criticised as being light on detail. More information was finally released from the Department of the Environment last week as to how targets will be met and how over 100,000 households on waiting lists currently will be dealt with.

“What is even more striking is how tiny the targets are relative to the size of the housing lists.“

Given falls in housing commencements since the introduction of Building Control Regulations SI.9 last March, it is hardly credible that the private sector can more than double residential output over the next 2 years to reach even the modest new-build targets contained in the detailed proposals. More likely that the rental sector will continue to be impacted upon by continuing lack of supply of affordable family dwellings, with rents increasing accordingly. To put the following numbers in context, only 2,501 housing units were commenced in all of Dublin in 2014. This figure is less than half that required to meet demand, according to the Housing Agency.

In January 2015 there were 693 housing completions for the entire country, just 17 more than January last year.

In a the following article “State reliant on private sector in housing crisis” Kitty Holland says:

“In his foreword to his Social Housing Strategy 2020, published last November, he says: “The strategy restores the State to a central role in the direct provision of social housing through a resumption of building on a significant scale.”

What is emerging is how few will be council-owned – as low as 24 per cent in South Dublin County Council and 26 per cent in the cases of Fingal and Galway city. The majority will come from leasing arrangements with the private sector.

This matters, as it means the vast majority of new “social housing units” will not be council homes where the household’s tenancy is secure and the rent regulated. They will be homes where the private landlord or developer may choose to opt out at relatively short notice.

What is even more striking is how tiny the targets are relative to the size of the housing lists. [Emphasis by BRegs Blog]

In October, the Minister said: “The privatisation of social housing should never have happened . . . It was wrong, and it was more than wrong, it was simply unacceptable and we are going to change that.”

Certainly the local authorities are back managing the provision of social housing. The significance of their move back to house building and public housing provision, however, remains questionable.”

In a separate article “75% of social housing to be sourced from private sector- Irish Times May 4th 2015” Kitty Holland gives more detailed breakdowns:

…The broad targets announced last month will, if achieved, represent implementation of Phase 1 of the Minister, Alan Kelly’s, Social Housing Strategy 2020. Published in November, it says 18,000 units of social housing will be provided by the end of 2017 with an additional 17,000 by the end of 2020.

According to the targets issued to the four Dublin authorities – which have a combined housing waiting list of 42,000 households – some 7,049 units are planned in the next two years and eight months. Of these, 2,560 (37 per cent) will be council-delivered, while 4,489 units (63 per cent) will be privately sourced.

In the third article from the same paper “Social housing funding down €35m in past three years” Ciarán D’Arcy notes how funding has fallen in previous years for local authority housing:

Data compiled by the Department of the Environment and Local Government and seen by The Irish Times reveals that grant money provided to councils for the building and acquisition of social housing was reduced from almost €115 million in 2012 to just over €80 million last year.

…Co Mayo did not buy a single social housing unit in 2012 and 2013. Instead, €1.1 million was used in building new units….Co Leitrim received the smallest allocation of €1.28 million over the three years.

…No money was spent on new builds in Waterford city and county in 2013 or in Co Longford and Co Tipperary last year as cuts came into effect.

Sinn Féin spokesperson Brian Stanley said an “almost total lack of investment” in the sector had precipitated a crisis.”

12,000 social + affordable houses at no cost to taxpayer?

Self Builders and Building Control (Amendment) Regulation S.I.9 of 2014- One year on | IAOSB