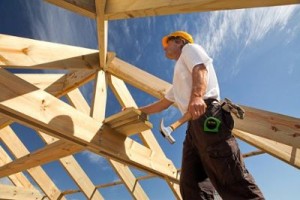 The following submission was made by the representative body for Self-Builders in Ireland (IAOSB) as part of the current annual review of BC(A)R SI.9 being conducted by Ministers Coffey, Kelly and the the Department of the Environment.

On behalf of all self-builders, the IAOSB would like to thank the Minister Coffey for the invitation to the review meeting last month, and for spearheading the BC(A)R SI.9 review. As a self-builder and being from a construction background, problems our members have with the current regulations are well understood by Minister Coffey. The IAOSB share his concerns at the log jam that has occurred in the construction industry and in the housing sector in particular.

It is regrettable that the industry stakeholders and Department’s response to the problems caused in the multi-unit housing and apartment sector by certain developers as evidenced by SI.9 have caused such a headache for the entire construction industry. Our intention is not to rehearse the obstacles but to outline a workable, cost effective solution.

BC(A)R SI.9 has effectively outlawed self-building in Ireland. This seems to have been brought about in the interests of one of the stakeholders, the CIF, who stand to earn millions of Euro annually if a register of building contractors is made mandatory. It is regrettable that the stakeholders and Department’s response to the problems caused in the multi-unit housing and apartment sector by certain developers as evidenced by SI.9 should have brought about the demise of a right to self-build.

If one accepts that there is a right to build for oneself, notwithstanding mandatory legislation for compliance with Building Regulations and Building Control Regulations, then there is a major flaw at the heart of SI.9 which must be addressed.

The Terms of Reference for the review make no specific mention of self-building. The DECLG need to define ‘self-build’. It does not necessarily mean DIY, it means that the form of procurement is more flexible than having one contractor to undertake the entire build; trades people and contractors are engaged directly by the owner as required or as finances permit. Sometimes the owner project manages the project, sometimes they contribute their labour, sometimes they employ a foreman, sometimes they move into a first phase and complete the other parts over time. It is about contractual arrangements, not the skill or competence of the people working on the site.

In the UK ‘one off’ usually covers both ‘self build’ (multi contract procurement described about) and ‘custom build’ (engaging one main contractor to build under contract). Clarification is required on whether the Minister is referring to all ‘one offs’ in self-build and custom build.

Clarification is required on the assignment by the building owner of someone competent to act as the builder if the builder is a self-builder.

Clarification is required on signing the Completion Certificate by a self-builder when the document states: “to be signed by the Director or principal of a building firm only”. The IAOSB would like for a completion certificate to be changed to include an option for a ‘declaration of habitation’ as used in other jurisdictions. This means self-builds would not have to be 100% finished but could be in compliance with critical safety/ access/ structural/ energy standards. The owner/ self-builder might have to produce specific evidence to the AC at the stage inspections e.g. BER Energy compliance, structural declaration, radon installation.

The IAOSB would like for SI.9 to be suspended immediately for all construction projects except multi-unit houses and apartment developments, the cause of the original problem, until such time as an affordable, scenario-tested Building Control solution is developed by the Department and stakeholders for rolling out to other building types.

The IAOSB are of the opinion that the rural/urban divide in how self-build homes and many other non-residential projects are procured in Ireland is not reflected in SI.9 and the Dublin-centric bias of its negotiators may go some way towards explaining this. Self-build is a well established method of building and a key element of solving the housing crisis by increasing supply. In fact, in the UK new legislation has been introduced to enable self-build projects in rural communities by providing serviced site, tax breaks and other supports.

The DECLG must acknowledge that Irish people have a right to build their own homes and cannot be forced to use contractors from CIRI or any future mandatory register of contractors notwithstanding any inspection or certification requirements. The IAOSB, on behalf of the citizens of Ireland, may be forced take a legal challenge to the legislation if this matter is not addressed. [emphasis by BReg Blog]

We can not let the tradition of self building be for the privileged few, and a monopoly of developers and builders. This opportunity should be given to every man or woman in Ireland who wishes to make the dream of building and owning their own home a reality.

Minister Coffey, you know what needs to be done. We do not need anymore consultations and meetings behind close doors, with stakeholders who have been involved in the set up of BC(A)R S.I.9 of 2014 from start. Their contribution has not come up with any benefit for the consumers, construction industry and in many cases even their own members.

On behalf of the people who are effected by BC(A)R S.I.9 of 2014, we at Irish Association of Self Builders are asking you to right the wrong that has been done without any further delays.

The BRegs Blog made a call-out for copies of public submissions and a number of these have been received from authors. All submissions made to the Department are subject to freedom of information and will be publicly available in due course. It is intended to create a “SI.9 Review Submission” series and this post is the first of several. If you have made a submission to the Minister’s annual review to the DECLG please consider sending it to admin-at-bregsforum.com, or use the contact section at the top of the post page.

DEADLINE TODAY | make your submission to the review of Building Control