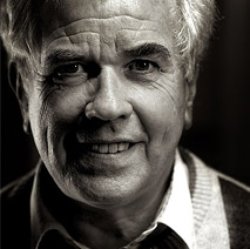 In the Journal article “Peter McVerry says he’d be embarrassed if he was Alan Kelly” on 5th May 2015, Minister Alan Kelly’s “social housing strategy 2020” comes in for harsh criticism from homeless campaigner Fr Peter McVerry.

Last November, Minister Kelly announced a €3.8 billion strategy to deliver 35,000 new social housing units by 2020. The outline was initially greeted with guarded optimism, followed by criticism that the targets were light on detail. The Minister’s recent announcement is the first phase of the building aspects of that plan. The detail announced is seen by campaigners as too little, too late. Quote:

McVerry told Today with Keelin Shanley: “If I was the minister, I’d be embarrassed making the announcement.”…

(McVerry).. said it equates to just 600 homes being built a year and will provide houses for less than 2% of the 100,000 or so families on the social housing waiting list.”

The scale of the impending house repossessions is starting to become apparent also, and is noted in the same article.

In the  Irish Times article “Repossession orders rise by more than 500%” the huge increase is noted. Quote:

“The rate at which homes are being repossessed has increased by more than 500 per cent since last year, according to figures from the Courts Service.

Some 586 repossession orders were granted by the circuit court in the first three months of this year, compared with 95 in the same period last year…

As previously reported by The Irish Times, as of January 1st, some 7,101 civil repossession bills have been lodged across the State’s 26 circuit courts. This is thought to have risen to about 8,000 bills before the courts now.

The dramatic increase in the rate of orders granted since last year will further increase pressure on Government, grappling with a housing and homelessness crisis, to introduce accessible solutions to help households in mortgage arrears stay in their family homes”

12,000 social + affordable houses at no cost to taxpayer?

CSO- Dwelling units approved down 16.6% in one year