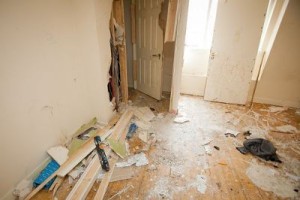 Some recent press articles highlight the multitude of problems faced by Building Control Sections in Local Authorities across the state. Local Authority Building Control sections are hugely under-resources and have fewer than 70 officers nationwide to police the entire construction materials sector along with target rates for on-site inspections 0f 12-15% for all buildings commenced nationwide. With current construction industry output forecast at €10Bn these figures are would appear to be unrealistic. There are no plans at present to increase available staff and resources to Local Authority Building Control sections under the current ministerial BC(A)R SI.9 review.

The following 4 articles relate to recent problems facing Dublin City Council and have similarities to recent building failures in Newbridge, Co. Kildare and elsewhere in the country. Articles to follow with extracts- click on title for full articles:

Fire brigade officers dealt with three incidents at the building since October 2014 and a fire safety notice was put in place last March prohibiting the use of the premises for residential accommodation, until a number of measures were undertaken…

Mr Justice Kearns said he was prohibiting the use of the premises to safeguard the health and safety of the residents, which was the court’s “primary concern.”

He considered the risk to persons in the event of a fire was “so serious” that use of the building should be immediately prohibited until measures outlined in the fire safety notice were taken “to reduce the risk to a reasonable level”.

The complaint has been five years in the making and alleges that Irish law and policy on Local Authority housing breaches tenant rights under the European Social Charter.  It was first lodged with Strasbourg in July 2014…

The 20 estates include Balgaddy, Dolphin House, and Ballymun in Dublin and Moyross in Limerick.

Dolphin House in Dublin’s south inner city is a strong example of regeneration gone wrong.  Phase one of the process has been delayed several times and is now more than two years behind schedule.

TheJournal.ie has requested comment from the Department of the Environment.

Although the decision by the ECSR is not legally binding a continued breach of the Social Charter could see Ireland facing a resolution from the ECSR’s council of ministers.  No EU member state has ever ignored such a resolution.

Ireland has until May 28 to respond to the ECSR’s decision.”

“Dublin City Council found that of the 3427 ‘dwellings’ it inspected, only 924 passed the “regulatory requirements” needed to allow the property to be rented…

A total of 7,274 inspections were carried out on 3,427 homes in 2014, as part of two programmes to ensure that rented accommodation in Dublin City meets the minimum living standards laid down in the 2008 and 2009 ‘Standards for Rented Houses’ regulations…

Among the breaches found were mould growing on ceilings and walls, exposed live wires and/or sockets not properly secured, severe damp, rotten wood, missing smoke alarms, and failure to provide a heating unit in each room.

A number of properties failed inspection because they did not provided emergency lighting in common areas, or allowed tenants access to a washing machine and a clothes-dryer, if their rented unit lacks a private garden or yard.”

“Almost 1,500 complaints of damp and mould were made to Dublin City Council in the past year by tenants of its flats and houses.

Tenants are offered advice on how to deal with the problem. They should use an extractor fan when cooking, keep the kitchen door closed, open windows after a shower or a bath, ventilate the flat by opening windows for a short period in the morning, especially on dry windy days, not block the ventilators, and, spray the affected areas with a propriety mould remover or a diluted bleach product.

People Before Profit Alliance councillor Bríd Smith said this “bog standard answer” was not acceptable, given the extent of mould damage in some flat complexes.

Ireland has been cited in a complaint against the State by the International Federation for Human Rights to the Council of Europe, in relation to sub-standard living conditions of local authority tenants. Mould and damp in flats is central to the complaint.”