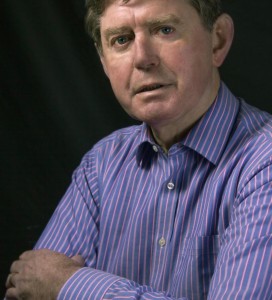 Kildare County Council are due to discuss a motion on Monday 29th June 2015 calling for a more robust system of building control in light of the recent fire tragedy at Millford Manor in Newbridge, Co. Kildare. The motion has been tabled by independent Councillor, Willie Crowley and reads as follows:

“In the light of recent tragedies and revelations of deficiencies in Building Control Regulations as evidence in Kildare and other areas of the country, this Council requests Minister Kelly and the DoEHLG to amend the 1990 Act which covers Building Controls to ensure that the system of building control enforcement are substantially improved to provide a considerable increase in the levels of inspections and to revise the system of certification to conform more closely to international best practice. This Council demands that a true system of self- certification wherein every contractor and sub-contractor would provide certificates that their work was completed in conformance with current regulations, and providing the basis for the issuance of a Certificate of Compliance for every new dwelling as is the case in Northern Ireland and throughout Europe and that the present, inspection targets on the part of building control authorities which require inspections of up to 15% of new dwellings be increased to 100%.”

The full agenda for the Kildare County Council meeting may be accessed here (Link:). The BRegs Blog will report on the outcome of the motion next week.

The timetable for the review of SI.9 being conducted by the DECLG remains unclear. The latest ‘Action Plan for Jobs’ report indicates that the review is due in September 2015 (Q3). In a reply to Mattie McGrath T.D.,  in the Dáil last week, the Minister of State, Paudie Coffey T.D. said:

“Some 170 submissions have been received during the public consultation stage of this [SI.9] review process which concluded on 15 May 2015. These submissions are currently being considered and my Department will produce a report on the matter by end June 2015 with a view to ensuring that any measures required can be put in place as a matter of priority.”

Most industry observers seem to appreciate how urgent this issue is in terms of public safety and the impact on the economy of the housing crisis and it is hoped a resolution is forthcoming in the short term.

“So far, we have been spared tragedy”- the legacy of boom-time housing Mick Clifford / Irish Examiner