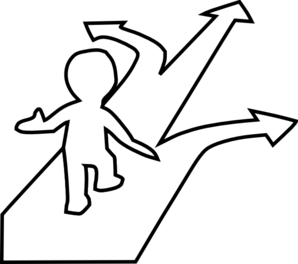 The BRegs Blog received a lot of feedback in response to opinion pieces posted on the 16th and 17th of June 2015 regarding the proposal by DunLaoghaire Rathdown Co. Council to incorporate a policy in their Development Plan for Passivhaus standards in all new construction. Here is one submission from architect, Andrew Alexander MRIAI.

On the 16th June the BRegs Blog posted a link to a letter sent to Local Authorities signed by Ministers Alan Kelly and Paudie Coffey dated 10th June 2015. The Blog went on to mention that the letter notes the Ministers’ reluctance to adopt improved standards such as the “passive house” standard proposed in new development plans.

In their letter the Ministers focused on the risk of the imposition of excessive standards on the viability of new development. The most explicit opinion in this regard appeared near the end of the letter. The Ministers did not mention the Passivhaus standard in the letter and I quote:

“Viability of new development and therefore supply, will be placed at risk by insertion of unreasonable or excessive requirements in relation to the standard of housing or ancillary services and facilities that, in turn, impact adversely on the economic viability of commercial investment and deliverability of new housing development over the plan period.”

While I agree with the Minister’s conclusions I do so from the viewpoint of a designer concerned with protecting the basis upon which the Irish Building Regulations were inaugurated under the Building Control Act of 1990. Technical Guidance Documents since that time have always made allowance for a variety of implementation approaches, so long as they meet the requirements of the Act and the subsequent Regulations that followed in 1997.

“Where works are carried out in accordance with the guidance in this document, this will, prima facie, indicate compliance with Part L of the Second Schedule to the Building Regulations. However, the adoption of an approach other than that outlined in the guidance is not precluded provided that the relevant requirements of the Regulations are complied with.”

It is in this context, not the economic and politically based arguments of the Ministers, that I do not agree with the actions of Dun Laoghaire Rathdown County Council on this occasion. The instance of a Local Authority unilaterally introducing requirements to meet a voluntary standard for energy efficiency in buildings over and above the minimum standards (which by now are quite robust) contravenes both the spirit of the act and the voluntary nature of Passivhaus.

If Passivhaus is to become mandatory it should become mandatory on a statutory basis and in a manner which does not create confusion in the industry. To do this would involve a re-draft of the Building Regulations and the Technical Guidance documents and not just the section on conservation of fuel and energy. The energy of the government, construction industry, building professionals and building trades should at this time be focused towards establishing a viable form of independent inspection underpinned by an upskilling of our trades to substantially meet the current regulations.

The diverting of the focus of local authorities away from the act of inspection is a folly. The local authorities have inspection powers under the Building Control Act. If they inspected 15% of the time as claimed, and properly inspected, up scaffolds, down trenches, plumb the walls, measure the treads and risers, all would be well. If the existing powers of inspection were used, there would be no problem of compliance.

In a related link attached to the BRegs Blog post of 17th June 2015 from Passiv Haus Plus of 11th June 2015 the author stated;

“The construction industry has missed the boat when it comes to objecting to higher energy efficiency standards based on cost. The upgrade in energy efficiency standards in the 2008 and 2010 revisions to Part L of the building regulations did increase build costs, the Department of Environment estimated, by about €14,500, for a typical semi-detached home, compared to the 2005 standards. But all the evidence we at Passive House Plus have seen suggests it is no more expensive to build a passive house than to build to the current building regs.”

If it is empirically no more expensive to build a passive house than it is to build to the current regulations, there is no need for the standard to become mandatory. Promoters of Passivhaus should be able to sell their concepts to the industry and to clients based on their own merits.

And how would such a standard be written into our Building Regulations? Would it be in the same vein as DEAP? If that was the case then it would not be mandatory – alternatives to the use of DEAP can be employed at the designer’s discretion.

The strength of the building regulations in not mandating a specific privately developed voluntary standard such as Passivhaus, well researched (and ever evolving I am sure) as it may be is that opinions about standards change. Design solutions which one day are considered cutting edge and highly desirable can become taboo overnight.

There are those within the building industry for example who, on thermal grounds, champion the merits of external insulation. There are also those within the insurance industry who are wary of its combustibility and have the videos to prove it. There are those who championed the use of Large Panel Structural Systems in British multi-storey housing – until a gas explosion at Ronan Point in 1968 led to the 5th Amendment to the British Building Regulations in 1970. Regulators need to have the freedom to re-write legislation independent of any concern that they might be compromising a clause in a specific privately developed voluntary standard.

And what happens when those who regulate Passivhaus want to change an aspect of the Passivhaus standard based on research from ever more completed examples in latitudes and climates outside central Europe – do the building regulations and technical guidance documents immediately become invalid?

Andrew Alexander graduated from Queen’s University Belfast in 1994, is a member of the RIAI and has worked as an Architect in Ireland, the UK and in the Gulf Region on Sports, Leisure, Retail and Hospital Projects.