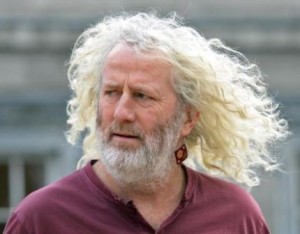 “We will continue to have problems in construction until independent supervision controlled by the State is reintroduced” Deputy Mick Wallace T.D.

During a debate on the Urban Regeneration and Housing Bill 2015 on 8th July 2015, Mick Wallace TD reiterated serious concerns about the ineffectiveness of “self-certified” Building Control and the continued absence of any independent oversight of construction in Ireland. This comes just a week after Kildare County Council voted unanimously to call for 100% independent inspection of all sites by the local authority (Link here:). During the debate on the Bill Deputy Wallace claimed:

“A lot of self-certification takes place, something with which I disagree. There is self-certification in building regulations, which has not worked but is continuing. The new system has simply increased bureaucracy. We are still not checking to see whether buildings have been built correctly.

Architects who have not even been on site are expected to sign off on things that craftspersons, engineers or steel fixers have done on site. A four-metre beam which is supposed to have 32 mm bars at 100 mm centres at the top, bottom and middle, but instead has a 20 mm bar on the side over which concrete is poured, will stay in place. The building will not fall down, but if the bar ever comes under the pressure it was designed to take it will crack. Will an architect see that? He or she does not have a prayer. He or she is not a genius and can only see what is in front of him or her. As the bar has been covered in concrete, it will never be seen.

I disagree with that end of self-certification. There should be supervision on site by the local authority in the shape of clerks of works which were in place years ago. The system made sense, but it was a cost to the State because they had to be paid. The costs should be passed on to builders and developers. We will continue to have problems in construction until independent supervision controlled by the State is reintroduced in the form of clerks of works” (Link to Dail report:)

“Phil Hogan’s building regulations create paperwork and bureaucracy, we are still not checking the work”. He called for developers to pay, saying that development levies to be used for independent inspection of construction sites “it’s not rocket science, it’s common sense”.

Changes to the regulations are imminent, following a review by Ministers Alan Kelly and Paudie Coffey  in recent weeks. However there are widespread concerns in the construction sector that this review will be limited to a quick-fix exemption for self-build homes, without addressing any of the real issues that are barriers to growth and competitiveness across the sector.

Comments by An Taoiseach, Enda Kenny TD (FG) in the Dáil this week promise a package of measure for the building sector. It remains to be seen if anyone in government has joined the dots between the Newbridge fire, the Berkeley tragedy and the responsibility of the authorities to ensure effective controls on construction. Enda Kenny, TD said:

“The Minister of State with responsibility for housing and the Minister with responsibility for the environment have already indicated the work they have done in respect of a package of measures to deal with the building sector. I expect it should be finalised very shortly. They have made comments directly in respect of the increased charges because of the detail of building regulations that apply, particularly in provincial areas because of the individual houses involved. I expect the Minister and Minister of State will come forward with it very soon” (Link to the Taoiseach’s comments)