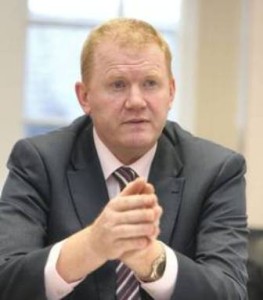 “My Department has previously put on record its strong disagreement with the stance adopted by HomeBond in withdrawing, in August 2011, cover for pyrite-related damage to homeowners”.

This was in response to a question from Clare Daly, TD who had asked the minister if he would act to ensure that HomeBond delivers on its responsibilities to home owners who purchased houses backed by HomeBond guarantee. Minister Coffey continued,

“Following publication of the Report of the Pyrite Panel (July 2012), my Department engaged in protracted discussions with the key stakeholders, including HomeBond, to try and put in place a framework within which the parties, which had been identified in the report as being responsible for the pyrite problem, could bring about a resolution for affected homeowners; regrettably, this did not prove possible.

HomeBond is a private limited company providing structural guarantees for new houses and, since November 2008, the HomeBond Insurance scheme is underwritten by Allianz Insurance. As is the case for any private company, its operations are a matter for its management and Board of Directors. My Department understands that HomeBond Insurance Services Ltd is regulated by the Central Bank of Ireland.

As a private company, my Department has no role or function in its operations and cannot direct HomeBond to take a particular course of action” (Link to Dail report:)

Premier Insurance, another home guarantee company that provided cover to many Celtic Tiger developments is currently carrying out extensive repairs at a development in Ratoath, Co. Meath (Link here:)

In this case, the ‘structural repairs’ are covered by the policy but not the ‘fire protection’ works, leaving home owners in danger with no redress. According to an Irish Examiner report, Premier Insurance, along with the residents is suing the developer of these apartments. Premier Insurance carried out repairs to pyrite homes and is pursing 400 legal actions against suppliers related to this.  (Link here: )

Both cases raise serious concerns about the value of any ‘guarantee’ or ‘insurance’ for homebuyers when it comes to construction defects.Building owners and homebuyers have no new rights under the 2014 Building Control Regulations, which Phil Hogan promised would provide a “rolling set of guarantees”. (Link here:)

HomeBond | the solution to SI.9?