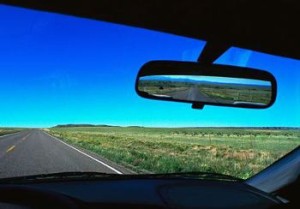 In this ‘look back’ edition we re-post an opinion piece that was originally submitted to the blog as a comment on 6th September 2014 (see original post here). Only 3 of these 14 issues issues have been addressed under the new Building Control (Amendment) Regulations.

Is the scene set for another Priory Hall?

“I do not believe, however, that every single developer or contractor should be branded in the same way as those who put together Priory Hall. It is not just in one instance that negligence or incompetence occurred because there were systems failures along the line.” Click link here.

It is worth examining some of the systems failures in Building Control that lead to problems in some of the defective apartments and housing estates. It is unfortunate that no report has ever been undertaken by the Government into identifying the causes of the failures that happened throughout Ireland and that have taken years to come to light in developments such as Priory Hall and the Meath Apartments that had to be evacuated at the end of 2013. Some of these are listed below and rectifying these should have formed the basis for any new Building Control legislation:

1. The developer did not employ competent and suitably qualified designers (developers completed large numbers of dwellings built with the input of in-house engineering staff only. Other professionals input was limited usually to planning stage only).

2** The developer did not employ competent builders (quite a number of speculative residential developments were completed by developer-builders, where the developer and builder were the same company. Essentially that was the equivalent of large-scale self-builders who occupied the role of management contractors.

6* The local authority had no obligation to ever visit the site (since 1990 this has been the case, and remains so with an unrealistic target of 15% Building Control inspections nationally. The new regulations impose additional administrative duties on Local Authorities but the Building Control Sections remain understaffed).

7* The local authority did not have any system to catch defective materials like pyrite (no additional resources or enhanced powers have been introduced on foot of the pyrite panel report in 2012, critically there is still no comprehensive independent local authority inspection system for the construction sector)

8* The developer did not have to put in place any effective safeguards to pay for latent (unseen) defects. (previous structural guarantees have been seen to be patchy and not satisfactory, particularly in relation to defective materials such as pyrite. Some Defects Liability Insurance schemes do operate but the consumer is left looking through the fine-print).

9 The professionals gave very limited guarantees because they were only paid for very limited involvement (as mentioned above partial service agreements, acceptable for conveyancing, required cursory independent professional involvement in projects, in some instances none at site-stage. No registration of title meant that anyone could complete these certificates).

10* The solicitors and lending institution did not advise the purchasers to get independent inspections. (there is no way to anticipate how lenders and the law society will react to the new regulations- the Law Society were excluded form the formation of the new regulations).

11* The developer wound up the limited liability development company once the development was sold (unfortunately nothing in the new regulations precludes this practice of minimising the liability trail to developers in the event of defects occurring post-completion).

13* The Local Authority could not take action because the law is unworkable (lack of additional resources, no Local Authority code of practice, differing interpretation between authorities of the new regulations means that Local Authorities are dealing with a system in place that is being developed post introduction. Suggested new inspection regime of 4 inspections per unit will mean target  inspection rates will drop to less than 4% of buildings completed.)

14* The government stepped in and the tax-payer footed the bill (given the recent pyrite issues in blockwork, responsibility for policing the market has been placed with Local Authorities. It is anticipated that the taxpayer will continue to pay for defective materials in the construction industry, like the recent pyrite remediation scheme, or face class action law suits from disenfranchised homeowners. The insurance industry will simply exclude materials that the industry is not policing adequately).

Nine* (highlighted in bold*) of these 14 issues issues are not addressed under the new Building Control (Amendment) Regulations and a further two (shown **) are only partially addressed with promised new legislation at some time in the future.

The S.I. 9 system of Building Control is is unlikely to prevent future failures. Unfortunately the scene is still set for the further ‘Priory Halls’.

1 thought on “Is the scene set for another Priory Hall? | Look Back 11”