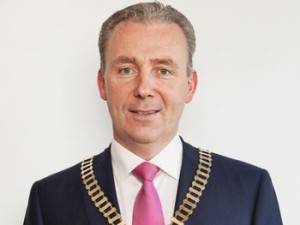 Mr Stone goes on to say that the CIF voluntary register CIRI (Construction Industry Register Ireland) established in 2014, is “the only Register of construction companies, sole traders and specialist contractors that are vetted by Government nominees and industry professionals”. The CIF have successfully lobbied for control of the statutory register of contractors (see link below) although many commentators in the construction sector concede that this is very unlikely to be in law before the next election.

“…In relation to the current housing shortage Michael believes there are a number of factors causing this, the main one being the acute lack of finance for house builders which prevents them from getting working capital together to commence building on their sites.. “A further issue is quite simply that the market has not risen in most places to a level where it is financially viable for house builders to build new stock as the price in the market for second hand units is far cheaper than the cost to build new units.”

A lack of skilled workers to carry out projects as the market picks up will have serious repercussions for the industry, says Michael. “I firmly believe that as an industry, we have a duty to look at how we are training our people and ask where they are going to come from in 10 years’ time…Northern Ireland and the UK have put in place programmes where the State takes on apprentices for the first 10 or 11 months to get them up to a certain level before employers take them on. It’s forward thinking initiatives and incentives such as these that are needed to kickstart our industry…”

““In order to improve the perception of the construction industry, standards within the sector must be improved. Positive initiatives that go some way towards changing this include the new Building Regulations and the Construction Industry Register Ireland. The CIF is an advocate of the new Building Regulations but we’re also very concerned with any initiative by Government that would lessen or reduce those Regulations, particularly when it comes to one off housing. We feel that exemptions would have a detrimental effect on the industry and ultimately the customer.” A massive amount of work has been put into the establishment of CIRI, the only Register of construction companies, sole traders and specialist contractors that are vetted by Government nominees and industry professionals” [emphasis by Breg Blog]

According to Michael, there are still some people who see the CIF as the body that represents developers, some of whom delivered poor quality buildings and housing… “Most of our members are contractors who work on very low margins, typically around 3% in a good year. Our members have not made huge amounts of money at the expense of the Government or the people of Ireland. We have built and delivered projects that have allowed people to go to work, school, college and receive treatment in our hospitals. We should be proud of what we are achieving.”

Is CIRI the only register of contractors? BC(A)R SI.9 | BRegsForum

How developers are “adapting” to the new Building Control regulations