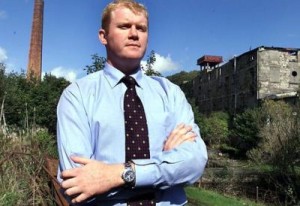 A Ministerial review into BC(A)R SI.9 is expected to conclude this week and a number of possibly significant changes are anticipated. Since implementation of the widely criticised BC(A)R SI.9 in March 2014, the industry has seen a 60% fall in the commencement of once-off houses. Residential completions are running 50% lower than the same period last year. Over 160 submissions were received by the Department of the Environment as part of the public consultation element of the review process. Bregs Blog have published a number of submissions that have made their way into the public domain (see posts below).

Back in March of this year, one year since implementation, Minister for State Paudie Coffey addressed the Dáil about SI.9 costs and on the impact on the industry, and the residential sector in particular. It was noted:

“There has been on-going controversy since former Minister Phil Hogan suggested that the onerous obligations and inspection regime required under SI.9 could be carried out for €1,000-3,000.” (see post Minister signals changes with Certifier fees of €3,500):

The Minister’s review is an attempt to address the impact of SI.9 on construction costs. Additional costs for fees and administration have been widely recorded from €22,000 up to over €40,000 for a typical once- off house.

The current review has concentrated on the residential sector. Extract from Independent article to follow:

One-off homes and house extensions will be exempt from regulations introduced just last year to prevent shoddy building work, it has been confirmed.

The Government will today announce that from September these properties will not be subject to a formal sign-off from a building professional to ensure they are built in line with the building code.

However, they will be subject to inspection from local authorities, according to Planning and Housing Minister Paudie Coffey.

The regulations, introduced in May 2014, will also be extended to local authority housing developments and will be required for all multi-unit developments comprising two or more units.

The move to exempt one-off homes comes amid concerns that the cost of inspecting a property was too expensive, with suggestions that complying with the regulations costs up to €16,000, and was adding considerably to building costs.

Last year, some 5,171 homes – almost half the total constructed in Ireland – were one-off.

“I am satisfied that the new arrangements will level the playing field for individuals and families planning to build or extend their own home,” Mr Coffey said. “They will no longer be held to ransom by excessive quotes for design and completion certificates. Owners who wish to invest in statutory certification may of course continue to do so and I believe many will do so where reasonable and affordable prices can be obtained.”

Under existing regulations, each home under construction is obliged to be inspected by an “assigned certifier” – which includes an architect, engineer or quantity surveyor – to ensure that building regulations are complied with. If a problem arose, the certifier was held legally responsible. However, the regulations will be changed from September, exempting one-off homes and extensions.

At the same time, however, a rigorous inspection regime will be rolled out in the local authorities to prevent a re-occurrence of the Priory Hall development, which had to be abandoned on fire safety grounds.

Property owners may be asked to demonstrate that what they have built is in line with the regulations, and these homes will be subject to inspection. At least 15pc of all new builds, including one-off units, housing developments and commercial buildings, will be inspected – including those funded by local authorities, which are currently exempt.

The move comes despite industry sources cautioning against removing the requirement, given that so many one-off homes eventually come back on to the market. The lack of certification means that the purchasers of these properties might not be afforded the same protection as someone buying a home in a development…”

Paudie Coffey: ‘We must build right homes in the right places’