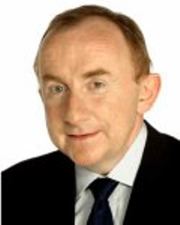 “For those at the very bottom of the heap – people of limited means who rely on rented accommodation – the policy is already proving disastrous…If this vicious circle is not addressed promptly, the results will be horrendous. There are almost 90,000 people on the house waiting lists.

…Last week there were so many leaks of the new government policy on construction that it was impossible to tell what was a leak and what was a policy statement. But Eamon Gilmore was desperately drawing a Jesuitical distinction between ‘builders’ and ‘developers’. Another case of four legs good, two legs bad perhaps?”

In previous blog posts we have noted the “perfect storm” for housing: low supply impacted by increasing regulatory costs impacting on supply, increasing rents and impact on social housing, affordability and international competitiveness. The following article highlights the plight of those least able to weather increases in rents.

“Damien Kiberd: This government’s housing policy will – literally – put people on the streets

Willful ignorance or not, the crude approach is going to end in misery. Again.

DESPITE DIRECT DENIALS, there is mounting evidence that government policy is fuelling a new boom in house prices and ominously in rents.

The purpose of the engineered boom is twofold. Firstly, to minimise bank losses on credit already advanced to home owners and buy-to-let (BTL) investors. Secondly to pump up the revenues the government will derive from any sharp increase in house-building.

For those at the very bottom of the heap – people of limited means who rely on rented accommodation – the policy is already proving disastrous.

Let’s look at the situation:

If this vicious circle is not addressed promptly, the results will be horrendous. There are almost 90,000 people on the house waiting lists.

Large numbers of people will become officially homeless. The state will be forced to shelter some of them in cheap hotels and B&Bs at vast cost. Some will sleep on the floors of friends and relatives. Others will simply sleep on the streets.

Every morning Taoiseach Enda Kenny rolls up to his office in Merrion Street at 7am and delivers a short soundbite to a waiting reporter or two (mostly RTÉ). Informed sources suggest that this is part of a very crude PR strategy designed to show Kenny as a hardworking leader, simultaneously allowing him to try to set the news agenda for the day while avoiding substantive interviews.

Well, he should get up a little earlier one of these days and go for a walk down Grafton Street at 5.30am. There, he will find large numbers of human beings sleeping in almost every shop doorway, huddled under sheets of high-strength cardboard and threadbare sleeping bags, clutching their modest possessions in plastic bags as they sleep. Occasionally he will see couples lying together for warmth and protection.

Like their counterparts who sleep on the grassy plain between Pennsylvania Avenue and Capitol Hill in Washington these human beings make themselves scarce by 8am. They are awoken by the noise of vans delivering bread and fresh vegetables to the convenience stores and fast food joints that now dominate our premier shopping street. So the Taoiseach’s tour of inspection should take him no longer than an hour, while allowing him to meet some potential voters in the run-up to 23 May.

Last week there were so many leaks of the new government policy on construction that it was impossible to tell what was a leak and what was a policy statement. But Eamon Gilmore was desperately drawing a Jesuitical distinction between ‘builders’ and ‘developers’. Another case of four legs good, two legs bad perhaps?

For Gilmore, developers are morally conflicted men in shiny suits who hung around the FF tent  at the Galway Races jostling for ten minutes ‘face time’ with the architects of the Celtic Kleptocracy. Builders are men with paunches who eat heart attack sandwiches for breakfast and drive two-litre cars weighed down by bags of cement. The distinction is more or less lost on me: any developer I’ve ever met is just a builder who’s got on in the world and thinks he might be able to face bigger challenges.

Either way, Gilmore’s new policy apparently relieves ‘developers’ of half the previous obligation to include a 20% social housing component in any new project. It also reduces the levies to be paid for each new housing unit by ‘developers’ to local authorities. This, Gilmore explains, is because they’ll be getting cash from the Local Property Tax. (That’s news, as so far the money’s been booked as conventional tax revenue by the Exchequer).

Nama will be lending €2bn to people who’ll build 4,500 badly needed new homes in Dublin, where most existing planning permissions are for apartments but where real people want family homes. How will the Nama executives make sure these people are ‘builders’? Should the loan applicants put mud on their boots before making a pitch for credit? Or switch their car radios to some faraway country’n’western music station?

What’s driving this newfound concern for the building industry? Clearly, government canvassers are getting it ‘in the neck’ at the doorstep. There are 60,000 to 80,000 building workers on the dole. People with both bank savings for deposits and approval for mortgages cannot find suitable property to buy. And lots of people can’t afford to rent either.

The Irish economy, and its banking system are still relatively unsophisticated. Rapid economic growth is unlikely to take hold unless the building sector returns to some degree of health. The banks don’t appear to know how to make profits other than by lending on the security of bricks and mortar. FG and Labour sneer at FF, which they characterise as a builders’ party. Now, both parties look set to throw in their lot with those same builders in some sort of Faustian pact.

Placating the builders this time, however,  is going to be more difficult than when it was last attempted by FF. The coalition is going to have to arrange working capital credit/ development finance for builders to build – hence the suggestion of using up to €7bn from the National Pension Reserve Fund and yet more Nama cash. The euphemism to be employed here for the socialisation of private sector risk is called the ‘Irish Strategic Investment Fund’.

How it will (not) work

But the government will have to prop up both ends of each transaction. Look at the newspapers and you’ll see that house prices are still very, very high. For would-be purchasers paying income tax at 52 cent in the euro, saving 10% of a deposit is hard but saving 20% is a bridge too far. The big banks can’t apparently assess risk properly, even on their bog standard home loans.

So therefore the state must insure between 10% and 15% of mortgage loans. This is yet more socialisation of private sector risk.

Essentially our risk-averse pillar banks will get a sort of performance bond for 15% of the cash they ‘risk’ on mortgages which simultaneously covers them against a drop in the value of new build housing of a certain scale.

Who will pay for this insurance? The taxpayer, including people with existing mortgages? The  bank? Not very likely since they pass on every cost to the customer. Or the borrower?

And just how will the existence of such insurance bonds improve the lot of young people who want homes but don’t have well-heeled parents to subsidise them? After all, in this Republic every citizen is entitled to benefit from the latest wheeze produced by the political elite. Regardless of its purpose.”

Residential completions continue to stall | Department of the Environment