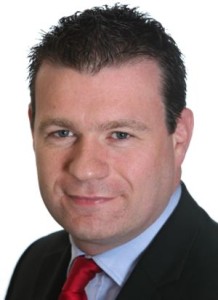 The Minister for the Environment, Alan Kelly T.D., announced significant reforms to Building [Control] Regulations via his personal blog on 28 July 2015. This was four days in advance of the official announcement late on Friday last of similar reforms on the Department’s website.

A Report on the Consultation Process on the first year of operation of SI.9 concluded on 30th June 2015 and concentrated on the impact on housing of SI.9 on housing. SI.9 has been widely criticised by industry experts and commentators as adding between €20,000 and €40,000 extra per housing unit with little consumer benefit. Once-off commissioned housing and self-built home commencements have fallen by 60% since implementation of the regulations in March 2014.

I have announced major reforms to the Building Regulations (sic) that will slash costs and reduce red tape for people who want to self-build their homes.

Under the reforms, people building single dwellings or extensions will be given the choice of opting out of statutory certification and may instead show by alternative means that they have met their general obligation to build in accordance with the minimum requirements of the building regulations. Additional guidance, including a… Sample Preliminary Inspection Plan, will be published to assist with this process.

The reforms will broaden the pool of people who may certify building works for building control purposes. In other changes, a new fit-for purpose local authority inspection process will be developed to ensure that building standards do not slip in respect of these types of builds and, for the first time, local authorities themselves will be covered by the regulations.

The major reforms I have announced will benefit people in county Tipperary who want to build their own homes by lifting a huge burden of cost and red tape off their backs. My approach restores the balance of power to consumers. Nobody who invests in building their own home would spend money on substandard work but people should not have to pay at inflated rates for excessive inspection services.

I am satisfied that the new arrangements will level the playing field for individuals and families planning to build or extend their home. They will no longer be held to ransom by excessive quotes for design and completion certificates. Owners who wish to invest in statutory certification may, of course, continue to do so and I believe many will do so where reasonable and affordable prices can be obtained.

These sensible new Regulations will provide a welcome boost to construction of new homes in the county as well as to builders’ providers and other suppliers.

The new regulations will come into effect from 1st September 2015.”

Minister Kelly’s statements above are consistent with comments made in March this year, in advance of the announcement of the Ministerial review and public consultation. Extract:

“…You don’t need a sledgehammer to crack a nut. It is as simple as that, The building regulations that were brought in for Priory Hall were correct. Do they need tweaking ? Maybe so.

“But certainly the clarity and the modelling in relation to small one-off houses, extensions is not sustainable. We have to change them and I can tell you we are changing them imminently in the next few months because rural Ireland needs it.

“I have never in my life seen an issue which is agitating so many people and the cost of it. The process that was put in place is over rigorous, overburdensome but more importantly, there is not enough clarity in them. There is a bit of a carrot and stick approach in bringing about consistency across the country.”

After the Priory Hall debacle, the Government introduced tough new rules which force builders to get a series of certificates to ensure its safety…

This spells massive headache and bills for people who want to build their own homes with architects and engineers charging massive bills of up to €50,000.

Mr Kelly will remove that demand and will allow self-builders more freedom by appointing an “architect technician”.

The bill for someone like that would be as little as €2,500. He said the plans would be unveiled within the next six weeks and in place within months.

Labour TDs Willie Penrose and Jack Wall hit out at the current measures claiming it is a money racket that is screwing potential builders.

Mr Penrose said: “We must amend those bloody building controls. How dare anyone put €6,000 on someone who wants to build a one-off house in rural Ireland.

“That is absolute nonsense. I was the first to handle Priory Hall, you can’t compare Priory Hall to one a off-house in rural Ireland.

“Who in the name of God would tell a woman or a fella after getting a site and they are trying to build a house for themselves, you’re adding €6,000 on top of them as well. There is also a development grant as well. They have to pay for roads as well. They don’t get anything handed to them in rural Ireland.”

The Minister also unveiled plans to deal with spiralling rent costs calling for a new framework to be put in place between tenants and landlords.”