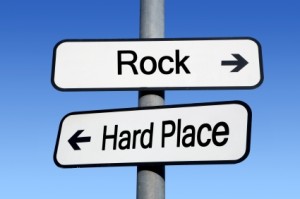 The attempt by Ministers Alan Kelly and Paudie Coffey to address the major shortcomings with Building Control (Amendment) Regulations (aka SI.9) by way of the recent report on the consultative process is to be commended. It is a difficult exercise for any Minister to try and get his or her department to bring about a policy change when any new legislation fails as SI.9 so clearly has. From recent media coverage it is clear that the knives are out at the Custom House for the incumbent Ministers.

The two Ministers now find themselves caught between a rock and a hard place or in other words between their civil servants and the construction industry vested interests. It even looks as if some are trying to catch them in a rift between Ranelagh Red-brickers and Rural Residents. The proposed exemption from the onerous and costly SI.9  legislation for one-off houses and residential extensions is being branded as pertaining only to the bungalow blitz phenomenon; in case you did not realise it, people in the ‘D-Eircodes’ also build and extend their own homes!

The silly season spin being spread about the amendments to SI.9 is that this effort to assist the building owner or consumer is an electioneering stroke exemplifying the worst of parochial pump politics. This is not so. With approximately 5,400 one-off homes being built annually this would represent an average of only 62 homes being impacted by SI.9 in each of Ireland’s electoral constituencies before the next General Election. The Ministers would be on to a much better vote winner by trying to get 100,000+ unemployed workers in the construction industry back to work.

Ill informed media comment has sought to link the major problems encountered in the speculative developer multi-unit housing and apartment sector such as Priory Hall to self-builders trying to build their own homes – when there is no evidence that there is any similarity. The real evidence is that SI.9 is unworkable and costly to the consumer without any real benefit. This is clear to most professionals who have tried their best to make the legislation work; the Royal Institute of the Architects of Ireland recently called for a “root and branch review” of SI.9.

The Ministers’ changes in policy, as announced, are much broader than recent mainstream media coverage has indicated and show real insight into the problems with SI.9. The proposal to broaden the requirement for Building Control supervision to all Local Authority projects is to be welcomed. It is clear that this will be strenuously resisted within the public sector who may not want the responsibility and certainly do not have the resources at present to undertake this. In addition the suggestions to have greater supervision of one-off houses and extensions by way of independent inspections by Local Authorities are a good alternative means of ensuring compliance. It appears the changes are also an attempt to prevent the Construction Industry Federation developing a monopoly by controlling access to any statutory register of builders which is not a bad thing.

It is difficult to assess the changes as announced by the DECLG in the absence of any published legislation. It was indicated that the revised regulations would be effective from 1st September 2015 which is only two weeks away. The delay in publishing the legislation is already causing delays to construction projects.