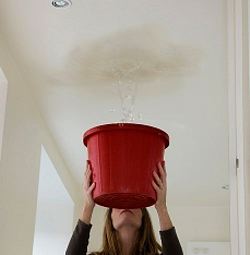 For anyone who wants to discover how difficult it is for a home owner to get redress for a defective building, the following recent Irish legal case should give a good insight. The new Building Control regime will not improve this situation, owners will still have to look for compensation in court which can be costly and lengthy with no guarantee of success.

“Having bought a brand-new apartment, Ms. Farrell has spent [14] years ‘running from Billy to Jack’, trying to have all kinds of problems with her apartment fixed. She commenced litigation, continued trying to have matters fixed, yet continues today to find herself be-set with various serious difficulties of a kind that seem likely to affect the price of her apartment should she seek to sell it, and to be an ongoing source of stress and cost to her if she does not. That Ms. Farrell should get to continue the within proceedings against Mr. Lawton is something that the court considers the balance of justice to require.”

So, 13 years to get to this point, proceedings can continue, but still no guarantee of success. The purchaser has been living in a defective dwelling for the past 14 years. For the engineer, his involvement concluded in 2000, 15 years earlier. Proceedings refer to non-structural elements, parts of the building not normally the remit of a structural engineer. However due to the Civil Liability Act he is liable for the full claim including the defective work of others, the “last man standing”. The workings of the statute of limitations means he can be pursued for a part of the building that he had no professional involvement, years after the defect has been detected.

Purchasers of i-phones have more consumer protections. With our construction industry slowly awakening from a 7 year hibernation we are destined to be seeing cases like these well into the future. Consumers still have no new rights under changes brought in last year (BC(A)R SI.9) which were promised as a solution to situations such as the case described and others like Priory Hall.

The only thing that has changed under the new reinforced SI.9 building control regulations is that the opinion on compliance (such as the one issued in 2000 by the engineer in this case) is now an absolute guarantee from the professional rather than the builder or developer.

Consumers now will be relying on an ever diminishing pool of professional insurers to cover costs and defects. Is this a workable or fair system?

3 thoughts on “Building Failures – Is the consumer protected?”