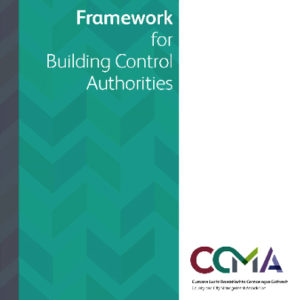 The 77 page document (up from 64 pages)  is the ‘manual’ produced by the City and County Managers Association (CCMA) for Building Control Authorities in applying Building Control Regulations and as such is essential reading for anyone involved in construction.  The most significant new sections are about Building Control appeals to An Bord Pleanala, phased completion and opt-out provisions.  The most interesting part of the new Framework document in on page 12:

“Chester Bowles concluded from his experience with the U.S. Office of Price Administration during World War II that 20 per cent of all firms would comply unconditionally with any government rule, five per cent would attempt to evade it and the remaining 75 per cent are also likely to comply, but only if the enforcement threat to the dishonest five per cent is credible. Source: improving regulatory compliance: strategies and practical applications in OECD countries, John Braithwaithe, 1993“

The BRegs Blog have reported on a wide variation of interpretations and applications of BC(A)R SI.9 since implementation in March 2014, and as such this attempt to standardise approaches is welcome (albeit over 2 years following implementation of BCAR).  The BRegs Blog is not aware of any guidance from relevant stakeholders on this document.  Many commentators and industry experts are critical of the lack of enforcement by Local Authority Building Control since our current privatised system of “self-regulation” was introduced in 1992.  Extract from Framework document: 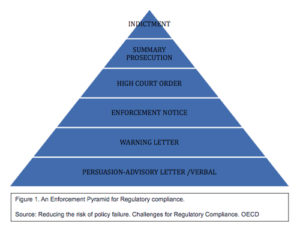 Standardisation and co-ordination nationally of the statutory building control processes, including those listed hereunder, i.e. Notices, Applications, Certificates of Compliances and 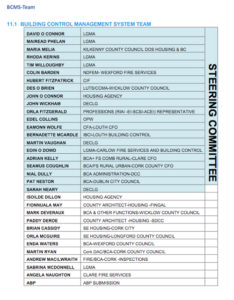 What Building Control could learn from the NCT | Orla Hegarty MRIAI