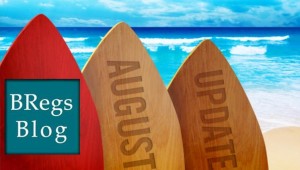 The DECLG have indicated that the proposed revisions to SI.9, following the Ministerial Review, will be published on its website later today. The new legislation was announced in July as coming into effect today although, up to now, it has not yet been made available publicly. The BRegs Blog has seen a draft version of the revisions but has chosen not to publish it at this time as we cannot verify that it will be the final version. As soon as we receive the final document we will be publishing it so watch out for a possible second post later today.

The month of August saw anything to do with the imminent revisions of SI.9 being devoured by BRegs Blog Readers. Responses varied enormously between the ground troops i.e. those practitioners  who have to implement the legislation and the Generals i.e. the Executives at the H.Q.s of the various professional organisations. Major rifts also seemed to appear between the two Ministers at the DECLG and their officials who drafted the SI.9 legislation so it will be interesting to see what finally emerges.

Here are the most read posts in August