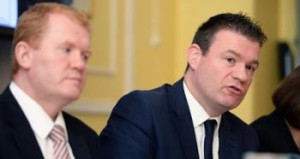 The following paper was submitted by past presidents of the RIAI Michael Collins and Eoin O’Cofaigh. 07 September 2015

Ministers Kelly and Coffey have taken the first steps in reforming a dysfunctional system of building control. The burdens of unnecessary certification, unaffordable cost, intolerable liability, excluding vocational groups from their livelihoods and favouring sectional stakeholder interests, have been removed from much of the construction sector. This is a brave step. It is in the interests of consumer and certifier alike.

We welcome SI 365 as a common-sense approach to introducing independent inspection of construction. The potential for a truly consumer-focussed system of building control has been restored.

Commenting on the new regulations, Minister Coffey said:- “To ensure that building standards are maintained in respect of these types of builds in particular, arrangements for local authority inspections will be reviewed and improved. My Department will now engage with The County and City Management Association to ensure inspection capability is developed and resourced over time and local authorities will now be submitting quarterly reports in relation to their building inspections to my Department and these will be monitored closely – these actions will ensure progressive inspection improvement by local authorities in all sectors, i.e. single dwellings, multi-unit residential developments and commercial buildings.”

The Minister has seen to it that there is now a real chance of a proper system of building regulation in Ireland. The next steps are now in view and need to be put in place promptly:- a rigorous inspection regime by local authorities, or by independent inspectors answerable to them.

There is no evidence that self-built projects, whether residential or commercial, were non-compliant or posed health risks on the scale that has become clear in the speculative housing sector. Home-owners (although surprisingly not business owners), both self-build and contractor-build, may now adopt independent inspection provisions and need not pay for a “registered contractor”. This makes perfect sense. People spending their own money in their own houses for their own families, can choose how best to invest their resources. Independent periodic inspection by experienced building control inspectors from the local authority (or by approved inspectors acting under their control) is all that is required. Competent professionals and builders can do a good job without the crushing administration of SI 9 of 2014.

Gone:- the “certifier burden” from architects on one-off houses

Architects working on one-off housing and residential extensions can advise their clients on inspection options. No such architect will be forced to accept the liability nightmare which SI 9 embodies while having to do this at a loss-leader cost to retain client confidence. This is a huge advantage to the majority of architects. Architects, as for years before SI 9, can again provide the most appropriate professional and construction expertise, including the options for site supervision and inspections, for protecting their clients’ interests, and take an appropriate measure of liability. This is truly welcome and a huge advance. Minister, thank you.

The €3000 “drive-by-night house inspection teams” which have sprung up nationwide, and who often deliver very limited or inadequate services and paper compliance only, will be out of business. This is good news for everybody. That money can now be spent on real added-value.

The regulations remove the 23-year-long exemption from building control regulations of buildings and works by a building control authority in its own functional area. Is this good? Will the procedural delays and extra costs deliver equivalent added value? Will staff make fire safety and disability access certificate applications to themselves? Who will sign the design and completion certificates? Was this really necessary? It is difficult to see why, as there had been no reports of significant building failures in works undertaken by local authorities.

The clarification that the SI 9 phrase “an extension to a dwelling involving a total floor area greater than 40 square metres” refers to the area of extension mentioned in the Commencement Notice, with no accumulating of areas or backdating of works or tricky sleight of hand with language is welcome, and confirms our own analysis of last January. But this is now irrelevant. All residential extensions can avail of the new option, and rightly so.

The regulations make no provision to retrospectively exempt from SI 9 those hundreds of houses and house extensions where a Commencement Notice was served before 1 September 2015. To these, the SI 9 provisions applied and continue to apply in full. Why is this necessary?

And there is still a problem for those who, in the past 18 months proceeded with extensions of less than 40 sq.m where a previous extension brought the cumulative area to greater than 40 sq.m. Department officials repeatedly claimed such extensions breached the regulations! What now is the status of their advice, and why is there no means of rectification?

These drafting problems cannot be laid at the Minister’s door. The Minister should make a general amnesty for all such houses and extensions to avoid future conveyancing problems.

The regulations generate conflicts for an owner wishing to extend an apartment or duplex. Under article 9(2)(c), SI 9 applies to works requiring a fire safety certificate; under the new article 9(5), an extension to a dwelling may avail of the Opt Out option. Which takes precedence, the opt-out for extensions or the imposition for fire certificates?

The Department’s “Information Note for owners of new dwellings…..”

Reference to “the Building Control Acts 1990 to 2014” is wrong. The Acts were passed in 1990 and 2007. There is no 2014 Act. Likewise reference to a building owner’s “statutory obligation to ensure that the design and construction of their dwelling complies with the building regulations”: no such obligation is spelled out.

“Homeowners should appraise themselves of any potential cost or other implications that may arise as a result of choosing to opt out of the statutory certification process. Prior to deciding on whether or not to avail of the opt out option, it is recommended that a homeowner should consult with their solicitor.” General solicitors do not advise clients on the best way of complying with building control regulations. The Department might clarify this vague recommendation.

.. and the stakeholders’ reactions

It is difficult to see any basis, except veiled self-interest, for the fresh scare-mongering about future property values.

There were 2 million residential properties in Ireland before SI 9 came into operation. Those homes will never have an SI 9 type “certificate of compliance”. The legal system has long accepted opinions on compliance that say no more than that the building is unlikely to be the subject of enforcement procedures. Buyers have long commissioned their own inspections and can continue to do so: to say SI 9 removes the need for this is absurd. Houses will continue to be sold on that basis, and properties that comply with the requirements of SI 365 will be no different.

The repeated claim that SI 9 is a “guarantee” to consumers that their property will be fully compliant with building regulations is “Alice in Wonderland thinking”. SI 9 is no such thing. All it does is give property owners who discover defects in the building the name of a person who “certified” it as compliant. That’s the “guarantee”! The owner must then sue the certifier, assuming the certifier is alive and has financial resources to meet a claim. None of this is “guaranteed”, and the owner gets no help from the local authority. The true problem with SI 9 is a lack of proper consumer protection, and all Minister Hogan’s “rolling set of guarantees” have ever given the consumer is the name of a person to sue.

The only decent consumer guarantee is comprehensive latent defects insurance for 10 years after construction. This is available in almost all other developed countries, but only alongside local authority independent inspection. Efforts in the past 18 months to persuade insurers to offer this in Ireland have so far gone nowhere. The main reason they are reluctant is because they have no confidence in the system of building control enshrined in SI 9. The irony is that the system which purports to provide “consumer guarantees” is preventing establishment of a comprehensive system of latent defects insurance.

The Ministers have made a good start in reversing out of the disastrous self-certification provisions in SI 9, and in pushing forward to strengthen the local authorities. SI 365 is a huge step away from self-certification and towards better use of skilled people to achieve the goals of Construction 2020. The new SI will take time to bed down and must be supported. The Ministers must now resource the authorities to undertake a consistent, competent, dependable and forseeable regime of inspection. People have been calling for this for two decades prior to 2011. Such a system is entirely affordable and there are many ways of funding it. Whether inspections are by local authority staff or by inspectors acting on their behalf is immaterial, so long as the inspections are independent, competent, thorough, and to be expected on every site.

Minister Coffey said earlier this week: “progressive inspection improvement by local authorities in all sectors, i.e. single dwellings, multi-unit residential developments and commercial buildings”. This is exactly what has been needed for many years.

As soon as the independent inspection regime is in place and properly funded, the Minister can then make the next amendment. He can then extend SI 365 to all other owner-occupier projects – where there was never a problem in the first place. He will then have the thanks not only of the architectural profession and homeowners, but also of businesses and institutions nationwide.

Michael Collins is the founder of MCA Architects. He has served on a number of Government bodies and agencies including the Fire Services Council, the Building Regulations Advisory Body, the Multi-Storey Buildings Task Force, and the Construction Industry Strategic Review Committee and more recently on the Dolphin Review of the National Paediatric Hospital Project. He was a board member of the Irish Architectural Archive and represented the RIAI in the International Union of Architects and Architect’s Council of Europe. He has has been an active member of the Royal Institute of the Architects of Ireland for most of his career and has served on various committees and on Council. He served as RIAI President for 1986/87. More recently he served on the RIAI task force on the stakeholder’s advisory group on the Multi-Unit Developments Act and also the RIAI expert group advising Council on the amendment to Building Control Regulations.  In 2014 he was head of the Change Group within the RIAI which was tasked with proposing an alternative system of Building Control.

Eoin O’ Cofaigh is a Registered architect and co-owner of McHugh O’Cofaigh Architects with 33 years experience in private practice working with clients such as Central Government Departments, Local Authorities and State Agencies on a broad range of healthcare, educational and office projects, in addition to private commercial and residential clients. Appointed by the Government to Building Regulations Advisory Board and to the EU Advisory Committee on Education and Training in Architecture he is a member of the Admissions Board to the Architectural Profession under the Building Control Act and expert witness in legal proceedings arising out of non-compliance with Building Regulations and defective design. Formerly a President of both the RIAI and the Architects’ Council of Europe and an honorary member of the German, American and Russian Institutes of Architects he is the author of several publications on Building Regulations and Building Control including ‘Europe and Architecture Tomorrow’ the most widely published architectural book of the 20th century.