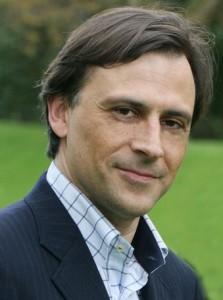 Three recent articles make for interesting reading for anyone undertaking an analysis of construction sector activity. The first is the most recent Ulster Bank Construction Purchasing Managers’ Index® (PMI®), a measure of industry sentiment. This has frequently been mis-reported as a measure of activity. The second and third articles are from economist, Constantin Gurdgiev. He tables a historic comparison between PMI levels and actual output, and analyses current Central Statistics Office figures for actual construction sector activity. His detailed analysis suggests the current construction recovery is happening, but may be overstated. While actual activity is improving the industry is coming off “horrific lows” and we are still significantly below pre-crisis levels: “Double-digits growth is hardly inspiring when it happens in an environment where actual levels of activity are massively below where they were 15 years ago.”

“The Ulster Bank Construction PMI Report– a seasonally adjusted index designed to track changes in total construction activity – posted 56.5 in August, down from 59.1 in July but still signalling a sharp monthly rise in activity. Total output has increased continuously throughout the past two years.”

“… solid, but somewhat slower, rates of expansion were also recorded in residential and commercial activity though a second consecutive decline in civil engineering activity highlights that this sub-sector remains a relatively weak spot…

The commercial sector remained the best-performing of the three monitored categories in August, posting a substantial monthly increase, albeit the weakest since March. Growth of residential activity also eased for the second month running to the slowest in five months. Civil engineering activity decreased for the second successive month…

Business sentiment remained strongly positive amid predictions of ongoing new order growth. Around 58% of panellists expected activity to increase over the coming 12 months.” 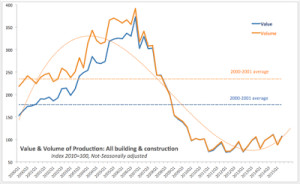 “Charts above illustrate continued decoupling in trends between PMIs-signalled growth and actual activity in the sector. While PMIs have signal strong expansion, the rate of growth in actual activity has been much more modest. As the result, negative correlation between PMIs and CSO index has moderated, but it remains negative on a historical basis.”

His historical analysis illustrates the difference between sentiment and actual activity. Media articles over the past 12 months have heralded construction recovery levels, in particular in the housing and social housing sectors, that simply are not reflecting actual activity on the ground. 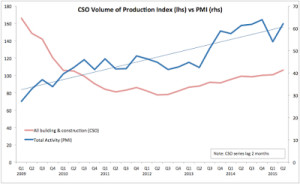 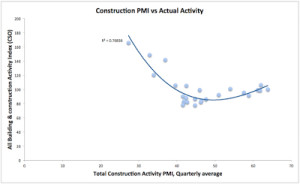 “Compared to 1H 2011 the index is up 39.47%, seemingly confirming the overall story of strong recovery. However, the problem is that this recovery has been off horrific lows. 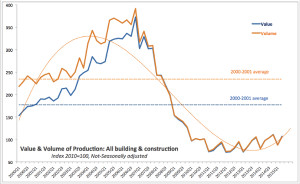 …overall, the recovery rates in the sector have been driven (to-date) by the low base from which the recovery is taking place. Double-digits growth is hardly inspiring when it happens in an environment where actual levels of activity are massively below where they were 15 years ago. That said, growth is better than contraction.”

Realistically, the industry will probably manage to build a total of 9,000 houses a year | CIF