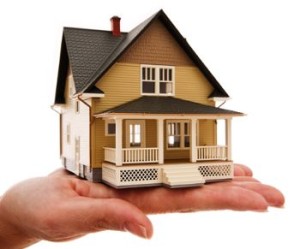 Social Housing and homelessness are back in the news at the moment. Modular pre-fabricated units and conversions of existing buildings are being considered to tackle Dublin’s spiraling homelessness problems. However, significant delays due to the normal planning and fire certification processes and also significant costs associated with Building Control Regulations BC(A)R SI.9 that apply to these dwellings may well impact on the feasiblity of projects being considered.

“Dublin Region Homeless Executive is hoping the exhibition will help win support for its proposals to erect up to 200 units of such housing on sites across Dublin.

This housing is made off-site and can be assembled, fully plumbed, wired and decorated, on-site, within a day…dwellings could provide temporary housing for homeless families. Some have been living in single hotel rooms for up to two years, often without cooking facilities.

The project comes as the latest figures show the number of homeless children in Dublin reached 1,275, in 607 families, last month. This compares with 1,185, in 556 families, in July. Of these homeless children, 850 in 404 families are being accommodated in hotels.

To the end of June, DRHE spent €4.5 million on hotel accommodation for homeless families.

Among the possible alternative accommodation to single hotel rooms which is now on display is a 56 sq m, fully insulated two-bedroom unit…”

Minister for State Paudie Coffey addressed a Social Housing Conference “Turning the tide for Social Housing” on 16 September 2015 (see conference brochure here). Under Phase 1 of Minister Alan Kelly’s Social Housing Strategy 2020 says 18,000 units of social housing are be provided by the end of 2017.

It is hard to see how this target can be achieved given that a total of 5,625 new housing units (of all types) have been completed nationwide in the first half of 2015 (see post here). Almost 50% of all new housing are privately-owned once-off or self-built dwellings. Only a small portion of dwellings completed will have the recently introduced 10% social and affordable component. Another Irish Times article in May outlined some targets and looked at the Dublin area in particular.

“… just a quarter of the new social housing units will be council-delivered or owned, figures show.

Detailed housing delivery targets were issued to all 31 local authorities by the Department of the Environment…The details, which set out whether the new units should be directly provided by the council or sourced through leasing arrangements with the private sector, have yet to be presented to councillors…

In Dublin the current Government targets are as follows:

In summary under the Social Housing Strategy 2020 the greater Dublin area, with a waiting list of 42,000 households, has plans to build just 2,560 council owned social housing units in the next 18 months, or just 6% of the current waiting list.

Some subsequent press articles have suggested the numbers on the waiting list may well be much more than those quoted, over 40% more than the 2013 figures in Minister Alan Kelly’s Social Housing Strategy 2020.

Other posts of interest

Housing Crisis is not going away… | Mick Wallace Independent TD

Realistically, the industry will probably manage to build a total of 9,000 houses a year | CIF

1 thought on “Housing Crisis | Can the private sector deliver 75% of Government housing targets?”