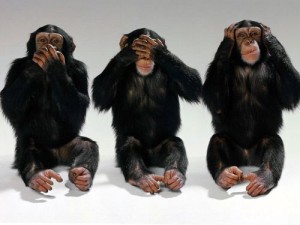 In the Examiner article “Risky housing sale outrageous but legal” 21 September 2015, Michael Clifford outlines how one apartment in the Longboat Quay development in Dublin could be sold just last week, completely within the law, to an unsuspecting purchaser seemingly unaware of the serious fire safety issues currently surrounding the development. The author examines the sales documentation attached to a recent Allsop auction of a unit in the complex that did not reveal the extent of problems in the McNamara built development. For a more detailed history of Longboat Quay see a previous post here.

The most outrageous aspect to the following story is that an identical situation can result under BC(A)R SI.9, Building Control Regulations introduced in 2014. Under SI.9 there is nothing to preclude a developer engaging a registered professional as an employee to act as a certifier (same as Longboat Quay), no guarantee that the required paperwork and ancillary certificates will be in order or kept on record by the Certifier, and nothing to stop a developer winding up the job-specific development company to eliminate any future liability for possible future building defects. Owners will be left in a similar position to the owners of Longboat Quay: looking to pursue the “last man standing” for redress with no guarantee of success through the courts.

“…The property was 305 Longboat Quay, a unit in a development that has for over a year been the subject of major controversy over fire safety and poor construction work, as first reported in the Irish Examiner. Just last month, Dublin Fire Brigade wrote to representatives for the development threatening that if remedial work was not started immediately, it would apply to have the 600 residents evacuated.

The new owner…had no idea of the quagmire into which he had just walked.

“I bought this on behalf of my father,” he said. “I didn’t get a chance to view it, but I saw it on the paper and went through all the legal documents (he has legal training himself) and thought it was fine.”…

As of now, his first aim is to reverse the purchase. “It’s outrageous that they can allow this to go up for sale,” he says. Outrageous, possibly. But entirely legal…

Anybody interested in buying 305 would not have been aware of the extent of these problems without looking hard through the documents. Among the thick file of legal and sale documents made available through Allsops, there were a number of certificates of questionable integrity in light of all that has emerged in the last year.

For instance, the file contains fire safety certificates issued when Longboat Quay was built. Typical of the assertions in the certificates is the following: “We confirm that the fire safety precautions incorporated in the building complex were assessed and inspected by the undersigned in the period August 2003 to January 2007.” This was signed by a fire consultant retained by the developer. Elsewhere, there is a letter dated October 12, 2006, from a mechanical and electrical contractor confirming that “the smoke alarm and detection system has been designed and installed in accordance with IS3218”. Both the fire safety certificate and the installation of the original fire alarm systems have been exposed as containing serious flaws. Yet anybody perusing the certificates would be left with the impression that everything was in order and safe. The documentation also contains a cert for the new fire alarm system completed in February this year.

Then there is the architect’s opinion, which passed for regulation when Longboat Quay was being built. The architect, Eugen Van Jaarsveld, was employed by the developer, Bernard McNamara, through one of McNamara’s vehicles, Gendsong. Mr Van Jaarsveld left this country in 2011. He is currently employed in Ghana.

In his certificate of compliance, Mr Van Jaarsveld asserts that his opinion is “issued solely for providing evidence for title purposes for the compliance of relevant buildings or works.” He goes on: “It should be noted that a site inspection service was not provided.” Yet, despite that he gave the whole thing the nod based on a “visual inspection of the buildings and works”. This was – and still is – entirely legal. A visual inspection, however, is sometimes hardly worth the effort…There are references to the recent discoveries in the documentation if you look hard enough, but the prominence and extent of these references would hardly flash a warning.

On Page 13 of the Conditions of Sale document states: “The purchaser purchases the subject property with knowledge of the recent concerns raised by a fire consultant in relation to the apartment complex of which the subject property forms part.” It goes on to say that a new alarm system has been installed as phase 1 of the work which is now completed while “phase 2 is ongoing”.

And that’s the extent of the briefing on the problems. Also included is a statement suggesting there isn’t much else to know. “The vendor has not received any further notice or information in relation to these issues, apart from the information that has been furnished. No rejection, requisition, rejoinder or enquiry shall be raised in this regard.”

The above references hardly provide a full picture. The “fire consultant” discovered issues 16 months ago, and since then there has been further explorations by both the fire brigade and a consultant retained by the management company which have exposed further major flaws.

While Phase 1 (the new alarm system) is complete, as stated, a reader may conclude that Phase 2, the major works, are underway. In reality, the funding for this work has not been secured. The management company has acknowledged that apartment owners are likely to be liable for some of the cost at least.

The only reference to any future liability is contained in another of the sale documents, titled Replies to Multi Development Act Enquries.

Listed among t enquiries is a relevant question. Is the vendor or the OMC (operating management company) aware of any possible claims against the funds of the OMC? The reply is: “Yes, defects report identifies significant areas of concern.”

All of the professionals involved in the sale, from receivers, to solicitors, to auctioneers, fulfilled their legal duty. All can reasonably claim to have been ignorant of the extent of the problems, even though the issue was covered in the media. The vendor could claim likewise, particularly as the unit was unoccupied and it consisted of assets that were handed over to a receiver.

But what about the citizens looking to buy a home? Are their rights what they should be? The fallout from the years of frantic building are going to continue to be felt. Citizens should be entitled to a lot more protection.”

How developers are “adapting” to the new Building Control Regulations