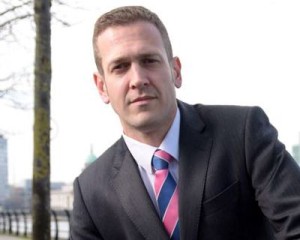 “Taking on vested interests in property

Want to hear vested interests squeal and throw tantrums? Easy, just threaten their secured position. This is what Paudie Coffey, Alan Kelly and the Department of Environment have done with their revision of the Building Control Amendment Regulations part 2 (called SI365 as of 1st of September 2015)…

First, let us look at the implications, the main one being that people engaged in building a single house or an extension to a house of more than 40 square metres in area may opt out of the full S.I.9 process (SI9 is last years building codes which we wrote about before showing how they could add almost €40,000 onto a building cost) by submitting a declaration of Intention to Opt Out of Statutory Certification.

They also removed the Statutory Certificate of Compliance on Completion for one-off houses and extensions, which means home-owners may occupy their home before it is 100% complete. Under SI9 you have to have every last thing done before moving in, so you couldn’t (for instance) have two rooms unfinished and move in with a view to doing the remaining bit later.

…This will be welcome news for many given that self-builders are about half the market at present, in any case the regulations were most likely stifling activity, only 5,625 houses and apartments completed so far this year…

They also took away any requirement to employ a contractor from the Construction Industry Register Ireland (CIRI), again, sensible if you are using multiple local contractors rather than one general contractor.

The professionals were quick to come out with a negative view, it would seem that the unconscious bias is that self-builders are bog-men and women employing half qualified people and paying them in cash to build trash, which just isn’t true. This view only reflects a trumped up self-importance of some facets of industry opinion…

An opportunity was missed to beef up the local authority building controls mechanism, because of this Local Authority inspections will remain at the current 12-15% level…

We should still consider upfront fees for inspections this has worked in the UK where you can opt for a panel of inspectors who do the work on behalf of the local authority, the payment is made to the local authority, not to the person who walks onto the site. Obviously they can still be bribed, as can anybody in the world at the right price…

Consumers, self-builders and many construction professionals (including those that lost their livelihoods over SI.9). Outside of white-collar rent seekers the response to SI.365 has been overwhelmingly positive.

This includes two former presidents of the Royal Institute of the Architects of Ireland.

…That truth is that last years building codes are needed to avoid Priory Hall’s, but one off houses are not multi-unit homes, the people building them tend to live in them and while there are building errors, even as there were under SI9, there was never a strong argument in favour of imposing large commercial building regulations and costs onto people building their own house.”

PDF of full Sunday Business Post Article on the 20th of September 2015: “Taking on vested interests”