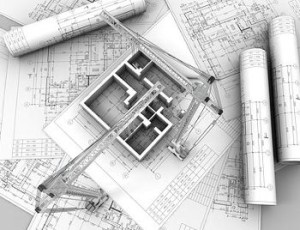 The following letter “IAOSB supports Minister Coffey and Kelly on BCAR S.I.365” was published on Irish Association of Self Builders (IAOSB) website on 21 September 2015. For link see here.

IAOSB letter to Ministers Kelly and Coffey: thank you for your support

We at Irish Association of Self Builders would like to take this opportunity to thank Ministers Coffey and Kelly for all their help and support. You Minister have given ordinary people the chance to once again be able to provide a house and a home for their families.

We have no objection to BCAR S.I.9 for Self Builders who wish to take that route but which ever way, it has never been the intention of anyone to build a bad or unsafe house. Self builders build something that they can be proud of and in the possible way. It is unacceptable how some stakeholders are trying to scare people into thinking that if you do not take their route, then your house would be deemed as low quality and unsafe and therefore would struggle to be sold in the future. There is no need for these kind of comments. No one can guarantee that things do or do not go wrong, whether its a self builder or a developer. It is an insult to tell the people of Ireland that you are not capable of building a good house if you opt out. I would like to point out that BCAR S.I.9 has only been out for the past 18 months. Are these stakeholders going to tell all the future buyers not to buy a house that was built before 1st of March 2014? If they are, god help all of us who live in houses before BCAR S.I.9  even though most of them were built under the supervision of the members of the same stakeholders.

Ministers Coffey and Kelly must be confused and angered by construction industry reactions to recent amendments to building control regulations. It is hard to reconcile statements made by professional bodies individually and jointly by the Construction Industry Council, a group organisation dormant since 2012 which purports to represent construction professionals.

Recent efforts by stakeholders at megaphone diplomacy via the media appear defensive, negative and are counter-productive. The positions taken suggest introverted professional groups with narrow vested interests. We need collective efforts to reform our defective self-regulated system of building control and to prioritise consumer protection. Attempts at fee-fixing and endorsing non-adoption of the recent reforms could be perceived as anti-competitive behaviour.

No wonder Ministers are ignoring stakeholders and indeed their own Department at present. The reforms will have a real impact on housing supply at a time when it is urgently needed.

Let us all remember SI.9 was jointly created by the Department and key stakeholder groups, who continue to support it in the face of widespread criticism from their own professional members, informed industry commentators and the public alike. The Ministers have made a first step towards sorting out the mess left by the Department, former Minister Phil Hogan, and the same stakeholders.

SI9 is a waste of money so why should householders pay for it? Independent inspections by a Local Authority is both better and cheaper. We are just grateful that an option to opt out is now available for the people who can not afford to take the onerous and costly SI.9 route. We are sure that many would still carry on using professionals to help them with their project under S.I.365 of 2015.

Let’s give the Ministers a bit of support, so that they can develop an independent system that is affordable and effective for homeowners.

We hope that the Ministers will make good on their commitment to increase resources to all Building Control Sections and to introduce 100% independent building control inspections for all dwellings built in the state.

Ministers,  On behalf of Self Builders of Ireland we thank you for doing the right thing and we look forward to a better future for all of us.