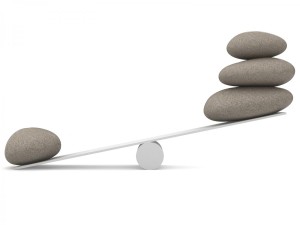 ‘Prevention versus Cure’: a BC(A)R Crash Course in Building Control

Benjamin Franklin’s 18th century idiom “An ounce of prevention is worth a pound of cure” still underpins any contemporary system of ensuring compliance with regulations. It is much better to try to keep a bad thing from happening than it is to fix the bad thing once it has happened. The concept should inform any solution to trying to avoid the problems being experienced in the Irish construction industry such as the current fire safety concerns at the Longboat Quay apartment development in Dublin, believed to be one of many similar problematic developments throughout the country.

A century after Franklin’s advice, in the late 1880’s, there were building bye-laws introduced in cities to monitor building standards and their compliance with legislation. A man even came on a bike to inspect your drains. More recently in Ireland, the Stardust Fire Report published in 1981 found, among many other factors, that the lack of adequate building control staff in the local authorities contributed to the disaster. Nobody had inspected the jam factory that had been converted to a teenagers’ disco. At Raglan House (1987) there was a structural collapse in a block of flats in Dublin. Again, the report found that a contributory factor was under resourced local authorities with inadequate staff.

In response to such events, Building Control was changed in 1990 under the then Fianna Fail Minister for the Environment, Padraig Flynn. Comprehensive ‘Building Regulations’ were introduced specifying how buildings should be designed and constructed. However the method by which compliance with ‘Building Regulations’ should be monitored i.e. ‘Building Control Regulations’ was less comprehensive. Since then, there has been no obligation on local authorities to do any inspection of building sites and the only method of defining the compliance of a building with Building Regulations is an ‘Opinion of  Compliance’ a document produced by the Law Society and other construction sector stakeholders to facilitate the sale of property.

The Department of the Environment agreed with the Local Government Management Agency to attempt to have Local Authorities inspect 10-15% of building sites. This could be just one visit to an entire multi-unit development during all stages of its development, from foundations to painting and decorating. The Local Authority do not issue any confirmation of compliance with Building Regulations if such visits take place.  The Commencement Notice fee, paid by developers to the Local Authority when a project starts, remains at €30 per building. It has not been changed by successive ministers in 25 years, leaving the local authorities without resourcing to perform any useful function. For 25 years the local authorities have been totally under-resourced and there are now less than 70 building Control Officers in the country. There are a similar number of dog wardens nationwide.

The 2011 Programme for Government promised a National Building Inspectorate. By 2012, Former Minister Phil Hogan abandoned this undertaking, against the advice of his own Fine Gael Working Group and the Building Regulations Advisory Board (BRAB). He disbanded BRAB in favour of a ‘behind closed doors’ stakeholders’ group comprised of surveyors, engineers, architects and builders. No consumer groups or legal bodies were represented. The result was the 2014 Building Control (Amendment) Regulations (SI.9: 2014) which set ‘self-regulation’ of construction in law for the first time. It meant that “one person could design, build and certify any building, no matter how complex”.

Most industry professionals (95% in a recent BRegs Blog survey) believe a system of inspections of buildings by a third party would reflect best practice for Building Control in Ireland. There are many ways that such independent inspection of construction sites can be organised, either local authority inspections or by operators, licensed under their control. It does not have to cost a fortune.

Following a 60% drop in project starts nationwide for one-off housing, a revision to SI.9: 2014 was introduced in September 2015 allowing new homes and extensions to “opt out” of the new process. This SI.365: 2015 was the result of a Ministerial Review in April 2015 that examined the cost of BC(A)R to this sector. In concluding this review the Minister of State, Paudie Coffey T.D., indicated his intentions to increase available staffing to Building Control Departments nationwide. This is to be welcomed.

Remember what Mr. Franklin said 250 years ago, “An ounce of prevention is worth a pound of cure”

3 thoughts on “An ounce of oversight or a pound of legal fees? | Building Control in Ireland 2015”