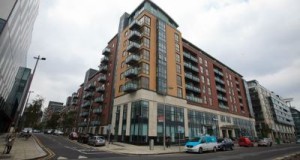 It looks like there is a growing realisation that our new system of “reinforced” self-regulation i.e. BC(A)R SI.9 introduced in March 2014 will do little to prevent another Longboat Quay. The following Irish Times article and Green Party press release illustrate how mainstream media along with opposition political parties have interpreted events leading up to the recent evacuation order being issued at Longboat Quay and concluded that immediate roll-out of increased local-authority inspections are now needed to regulate our construction sector.

As Minister for the Environment before he decamped to Brussels as EU agriculture commissioner, Phil Hogan had the opportunity to remedy the situation by specifying that construction activity is monitored by suitably qualified local authority professionals, as in the past. Instead, he introduced a regime that merely requires a newly-completed building to be certified as compliant by an architect, structural engineer or other “assigned certifier”.

Widespread criticism, notably from within the architectural profession, that this would offer no real protection for buyers was blithely dismissed by Mr Hogan, who continued to insist that his light-touch approach “will provide consumers with the protection they need and deserve.”

The then minister went even further, stating in April 2013: “As soon as these regulations become operational, homeowners who encounter a problem with a building will be in a radically better place. They will be able to immediately access information which can lead them towards a solution to the problem.” …

Mr Hogan expressed his hope that the issue of latent defects insurance for construction projects would be addressed before the new regulations came into effect on March 1st last year. But this didn’t happen, with the result that residents of new apartment buildings subsequently found to be defective have no way of seeking redress for problems emphatically not of their own making. An appalling situation that must be brought to an end, and quickly.”

The Green Party today called on the Minister for the Environment Alan Kelly to intervene and assist householders with fire improvement works in Dublin’s Longboat Quay development. They also called for changes in the law so that the problem of ‘light touch regulation’ does not arise in future.

Speaking today, Green Party City Councillor Ciarán Cuffe said: “Local Authorities must be mandated to inspect buildings at every stage of the construction process to ensure that fire safety and other breaches of the Building Regulations do not occur. This is what happens in Northern Ireland and it should be the case here.

“The changes brought in Building Regulations introduced by Phil Hogan two years ago were a step backwards in terms of oversight of the building process. It placed an unfair burden on construction professionals to sign off on every aspect of construction, and let the State off the hook.

“This has meant that construction costs have risen and cowboy builders are still getting away with it. In addition under Alan Kelly’s watch the light touch regulation has continued with his changes that exempt one-off housing from the rigours of the law.

“In the short-term the State must assist the residents of Longboat Quay, but within this Dáil term the Government should change the Building Control legislation so that Priory Hall and Longboat Quay mark the end rather than the beginning of poor quality construction.”

Local Green Party Councillor Claire Byrne, who has tabled an emergency motion on the issue ahead of tonight’s meeting of Dublin City Council, called for a multi-agency approach to solve the problem.

“I attended the meeting with the residents last week. I think it is scandalous that the residents of Longboat Quay are being left to deal with the hangover of the bad planning regulations of the Celtic Tiger years. It is unacceptable that the residents should be left with one of two choices: pay close €20,000 each, or be evicted.  DCC, DDDA, Nama and the Government need to intervene and help the residents as a matter of urgency. They have responsibility not to just manage the assets of developers, but to help the people of the City.

“I, along with my Green Party colleagues in DCC have tabled an emergency motion for consideration at tonight’s Council meeting at 6.15pm in City Hall. Hopefully this will put pressure on all agencies to resolve this issue.”

“That Dublin City Council supports the residents of Longboat Quay to help ensure that they do not bear the costs of rectifying issues for which they are not responsible for, and calls on the Chief Executive to work with all parties to resolve the outstanding Fire Safety and Building Control issues and requests the Planning and International Affairs Strategic Policy Committee to examine the broader issues arising form the emergency motions on this issue”.