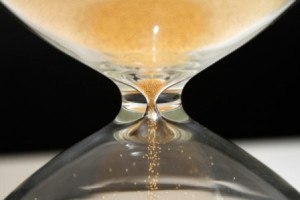 Much of the concern about  the Building Control Regulations introduced in March 2014 is about the high cost for a system that does not address systems failures of projects like Longboat Quay or Priory Hall. The debate continues over the real cost to building owners versus the benefit in the absence of any comprehensive Regulatory Impact Assessment (RIA). Several industry specialists have confirmed to the BRegs Blog that our form of Building Control was adding at least 5% to construction costs across  all sectors. This equates to a cost of at least € 600,000,000 each year which Ireland can ill afford as its construction industry struggles to recover. Last week on RTE’s ‘This Week’  radio programme the President of the RIAI, Robin Mandal, confirmed,

“As part of this revised Building Control system, the person who inspects, as an independent professional has to be there all the time, we’ve worked out that from start to finish it takes 109 hours to properly inspect a house and to put in place proper inspection regimes; the State cannot afford to do that. If you think of 25,000 houses a year, 109 [man hours] that’s two, nearly three million man hours, that’s going to take an awful lot of Inspectors” (Link to This Week podcast: Here)

The RIAI President has been sounding the alarm for some time about the roll out of the new Building Control regime. Last year he warned the public that the new roles will increase the “time involvement” of professionals by “30% to 50%” (Link:). At that time he also challenged the then Minister for the Environment, Phil Hogan, about the rushed implementation, acknowledging that there had been  “horse-trading” over the amended regulations. (Link:)

This latest advice about the professional input of hours should come as no surprise to the industry or the Department of the Environment. The RIAI have been remarkably consistent and transparent in flagging-up extra hours needed for professionals to undertake new statutory roles in the complex compliance procedures of BC(A)R SI.9. The following RIAI figures confirm the professional hours to comply by the Design and Assigned Certifiers (DC/AC) to undertake new roles. This excludes other specialist and technical costs e.g. ancillary certifiers, engineers, Part L specialists, contractor administration costs, defensive specifications, phasing costs etc. 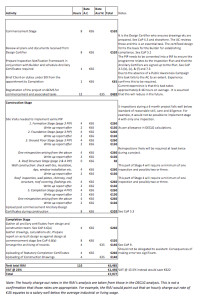 The house building programme in Ireland this year (2015) will provide in the region of 11,000 new homes. The hours required (as noted above) suggest that over 2.1m “professional hours ” (11,000 x 109 x 1.75*) are required for the housing sector alone for the SI.9 compliance procedure this year, rising annually as the Housing Programme rolls out. The time needed for non-residential projects may double this number on an annual basis. Given the current skills shortage caused by seven years of scaling-back by industry professional firms, this additional administrative burden has implications on the industry capacity to deliver. The recent Government decision to include local authority housing under the complex administrative procedures of SI.9 may generate an additional 3.4 million “professional hours” specific to 20,000 social housing units by 2020. There is no doubt that this extraordinary time pressure will impact on costs, availability of skills and delivery of housing, both public and private, in the next few years.

Key stakeholder professional organisations objected to a recent opt out from the regulations for self-build homes which could take a significant proportion of these professional costs out of this net, and have urged lenders to retain SI.9 as a condition for lending for single dwellings (see link to professional stakeholder reaction below).

Former Minister for the Environment, Phil Hogan, insisted  that the inspection regime could be provided by private inspectors for  €3,000, a view shared by the current Minister Alan Kelly (Link:). As recently as last August, the RIAI wrote to the Department saying that “There seems to be an absence of awareness of the various costs that apply in complying” (Link:) The basis for the fees suggested by former Minister Hogan and Kelly are unclear, and the cost quoted by Ministers of between €1000 – €3000 suggests a maximum of 30 hours only would be needed for SI.9 compliance for a typical house, a remarkable divergence from professional input at the time, and well short of industry assessments currently. The ’30 hour’ regime suggests stage inspections at critical points of the construction rather that the SI.9 service that requires a professional to be “on site all the time” according to the RIAI.

*A multiple of 1.75 has been factored in as the 109 hours refers only to Assigned Certifier cost. Industry indicators are that ancillary certifiers hours on design team etc. are already doubling agreed fees on Public Sector projects.

The Engineers Journal: how BC(A)R SI.9 works in practice