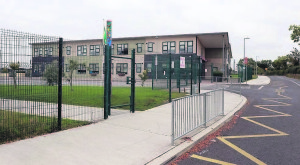 Rush and Lusk Educate Together School

“Former education minister Ruairi Quinn told school authorities that a 200-pupil facility built during the boom needed only “minor” repairs, a year before it was declared a severe fire safety hazard”

Back in 2012, then Minister Quinn in reply ( Link:) to Terence Flanagan TD said that:

“Issues of health and safety are a matter for the school Board of Management (BOM). If the BOM is aware of potential health and safety risk associated with “fire stopping”, then they should contact the consultant who issued the certificate of compliance”

Following serious concerns raised in Rush & Lusk Educate Together School €800,000 had to be spent in emergency fire-safety works to upgrade the six year old building. Once the problems at a Rush & Lusk Educate Together School were identified this raised concerns about others schools when it emerged that 26 schools had been built by the same contractor under the RAPID delivery (design-build) Department of Education contracts.

There seems to have been a marked change in Department of Education policy under the current Minister Jan O’Sullivan. The safety of school children is a serious concern and it is not enough to advise inexperienced School Principals and Boards of Management to pursue builders and professionals through the courts. Minister O’Sullivan confirmed this week (Link:) to Jonathan O’Brien TD that:

“The Department is currently arranging fire safety assessments of five other schools constructed in 2008 to determine if there are any issues of concern. Without preempting the outcome of those assessments, I can assure the Deputy that funding will be available to deal with any fire safety issues which might arise”

Ironically, the government is learning at first hand that their own advice to buyers of defective apartments (that it is the owner who is primarily liable for defects) applies equally to themselves. Minister O’Sullivan is clearly well briefed on the problems on defective buildings and the defects in Irish law having previously had responsibility for ghost estates which she called “a very potent example of the destructive dalliance the previous Government had with the property market”