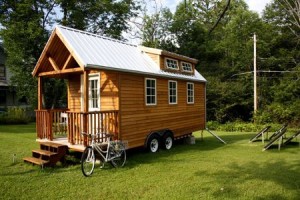 It looks like housing supply issues, rising rents, cost of building construction and a government leaning towards pro-cyclical developer-led measures figured prominently in the headlines over the weekend. The following three articles examine aspects of the debate, supply costs and building control regulations, possible decreases in apartment size and quality and rent control.

“At the end of September, Dublin prices for residential properties had increased by just over 5pc on the January figure…Despite all the wailing, the Central Bank action has not stopped the inflation of prices in Dublin, where a three-bedroom starter home in the less-favoured suburbs can cost up to three times the cost of the same home in large parts of rural Ireland.

The Dublin accommodation crisis is the outcome of policy, not some manifestation of historic inevitability. There is no shortage of land for house building within easy distance of the city.

Unoccupied homes are freely for sale in many rural counties at prices below the cost of construction. In Dublin, what few are being built are selling for multiples of the construction cost.

Construction costs have, moreover, been increased by new building-control regulations. At the recent conference of the Dublin Economics Workshop in Athlone, architect Maoiliosa Reynolds presented data attributing as much as €30,000 of the cost of a new unit to building regulations introduced since the bubble burst.

Equally effective regulations in the United Kingdom, he argued, add just a couple of thousand to costs. Some local authorities also impose large up-front levies. Meanwhile, the rolling prairies on either side of Dublin’s M50 ring road remain the preserve of grazing cattle.

The only safe way to make housing affordable in the capital is to expand supply, without loosening mortgage credit.”

“When it comes to the topic of apartment sizes, planners and local authorities should keep this old adage to the forefront of their minds: less is not more.

Ireland’s size standards for residential housing have tended to follow Britain’s since about the 1940s. The UK has been producing ever-smaller units and with, in effect, no minimum national standard, it has the smallest homes in western Europe. This is not a trend we need to follow. Minimum space standards for a one-bedroom apartment in Dublin reduced from 484 sq ft in 1961 to 344 sq ft in 1987 — and finally up to a more habitable 592 sq ft in 2011. The damage had been done, with undersized units already having been built, but better late than never.

The authority’s Draft Development Plan 2016-2022 includes a clause saying: “Up to a quarter of the one-bedroom units in certain residential schemes may be for studios with a minimum floor area of 45 sq m [484 sq ft].” The plan goes on to say: “This provision applies to long-term, purpose-built managed schemes with over 100 units, developed under the ‘build-to-rent’ model and located in the inner city/docklands areas.”

…The proposed 484 sq ft is almost one-fifth smaller than is permitted. The argument has been made that the smaller apartments will be 20% cheaper to build, thus kick-starting “the market”. This is naive: the more expensive components have to be used whatever the size, so they’ll be about 5% cheaper to build. Neither will they be 20% cheaper to rent: the difference in monthly rent between a 592 sq ft and a 484 sq ft one-bedroom apartment will also be about 5%.

The only person who benefits from the proposal is the developer who can squeeze in more units.

If these proposals become part of the next development plan, the minimum size may become the maximum. The heady mix of lower standards and a hunger for profit can only go in one direction. More importantly, this latest proposal doesn’t address the issue of affordability in any meaningful way”

“Environment Minister Alan Kelly’s hopes of securing ‘rent certainty’ appear to be dwindling after his party leaders refused to even use the phrase.

Joan Burton said the term she would use for what the Government was planning was “regulation”. The issue of introducing rent certainty has led to a massive impasse between the Department of Finance and the Environment Minister.

Mr Kelly has insisted it should be part of a package that will also address supply issues, but Finance Minister Michael Noonan is worried that such a measure would distort the market.

Ms Burton said her minister had been working “day and night” to find a resolution and she expected an agreement on the housing package to be reached within a fortnight.

Sources say a compromise is on the table, whereby the Private Residential Tenancies Board (PRTB) would be given new powers for dealing with disputes between landlords and tenants.

Ms Burton also said that the key to solving the housing crisis was “to actually get building”.

We’ve made progress on housing, what’s next? | Kieran Rose

1 thought on “Housing crisis rumbles on… the shape of things to come?”