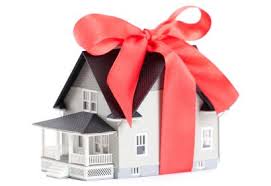 Anyone at the frontline of Ireland’s homelessness crisis knows that there is only one crucial factor to be considered in the provision of modular homes and that is speed of delivery. The parents trying to provide meals from a wardrobe in a hotel room, to the 1,500 children currently homeless in Ireland, are not concerned about Building Energy Ratings or timber versus carpet floor coverings. They just want their own roof over their heads in time for Christmas or indeed anytime soon.

Dublin City Council and the Department of the Environment have quite a challenge to deliver a Christmas gift of a modular home to 22 families by the 21st December as advertised in their recent Request for Tenders and at the same time comply with current statutory legislation. I wish them all the best with this endeavour.

From an article in yesterday’s Dublin Inquirer (Link: ) it is being suggested that the development of the 22 modular housing units, at the preferred site in Poppintree near Ballymun, will be fast-tracked through the planning process by using Section 179 (6) (b) of the Planning & Development Act 2000*. This means they are bypassing the normal planning process because the Dublin City Council CEO deems the situation to be an emergency. This might mean that the council will skip taking any submissions or observations from the public on the proposal, a process that would normally take a minimum of six weeks.

From the tender documentation it is clear that the modular homes will have to be designed and constructed in accordance with all statutory Building Regulations. Monitoring this may be another matter when one considers the onerous implications of our current Building Control Regulations aka BC(A)R SI.9. Ironically legislation, introduced only on 1st September 2015 (SI.365), brought Local Authorities into the BC(A)R SI.9 net and Dublin City Council will now have to comply with its consequences in full. The learning curve involved for the Local Authority and the Department of the Environment may be a real eye-opener for officials of the problems associated with SI.9 in trying to deliver housing quickly and economically.

The Building Control Regulations require the serving of a Commencement Notice 14-28 days to the Building Control management System (BCMS) before starting on site and a Completion Certificate, at the earliest, 3-5 weeks before completion. It is unclear who will be the ‘Assigned Certifier’ and ‘Building Owner’ for the purposes of submitting the required Commencement Notice and Completion Certificate and undertaking the responsibility for same.

The above means some of the following programme issues for a completion by 21st December based on tenders submitted on 2nd November and allowing a one week assessment of tenders with the successful bidder notified on 10th November:

Have the implications of the Building Control Regulations BC(A)R SI.9 created a scenario where the Assigned Certifier will have to confirm all of his inspections and everyone else’s before the building actually starts in order to meet the completion deadline?

There may be a solution if Dublin City Council treated the houses as 22 one-off separate units and sought an exemption from Building Control Regulations as available under the opt-out provisions of the SI.365 legislation – the very legislation that brought Local Authorities under the remit of the Building Control Regulations. It would be a nice twist if it means less red tape and more red ribbons around a wonderful Christmas gift for 22 families this year.

*Dublin City Council have not verified if this is the case or not.

Vivian Cummins is an architect in private practice and President of the Co. Kildare Chamber of Commerce. He was an RIAI Council member in 2014 and was one of the two individuals who escalated complaints in relation to the planning function at Carlow Co. Council resulting in the Section 255 Independent Investigation commissioned by the DECLG. He has addressed national conferences and commented extensively in print and broadcast media on housing, planning and building regulatory matters.

Housing crisis rumbles on… the shape of things to come?

Getting Our Housing in Order | Vivian Cummins

3 thoughts on “Is Building Control a threat to Christmas completion of modular homes? | Vivian Cummins”